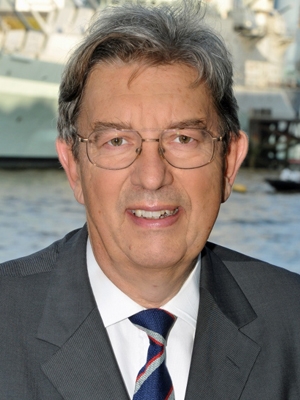 Coloenl Paul Beaver is very much a hands-on historian with a pilot’s logbook which includes the Spitfire, Harvard and Mustang. He regulars flies the family Cessna and coordinates the flying at the Chalke Valley History Festival as an authorised civilian and military flying display director. He is an acknowledged expert on the Spitfire, the Battle of Britain, the Dambuster raid, Naval Aviation and Cold War operations. He is a Vice-President of the Spitfire Society.

To commemorate the 75th anniversary of the Battle of Britain, he launched a series of heritage posters and a Flypast Guidebook which led to him being the historical advisor to Channel 4’s presentation of the Battle of Britain at Goodwood. His latest book, SPITFIRE EVOLUTION was published on 5th March 2016 to coincide with the 80th anniversary of the maiden flight of the Type 300 which became the Spitfire.

Well qualified as a pilot and historian, he spent 15 years directly linked to Jane’s including Publisher & Editor-in-Chief of Jane’s Defence Weekly. He made JDW into a household name in 1990 through his broadcasting during the Liberation of Kuwait and eventually became a freelance war correspondent for Sky News and a studio ‘expert’ for BBC News and CNN International, for whom he jointly presented the 50th Anniversary of D-Day (from Normandy), VEDay (from Moscow) and the Hong Kong Handover. During this time, Paul wrote more than 50 books on naval and aviation history.