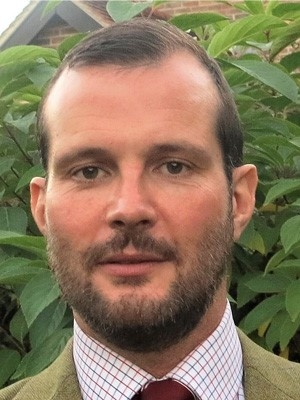 Prof Matthias Strohn was educated at the Universities of Münster (Germany) and Oxford. From the latter institution he received his Masters degree and his DPhil. He is the Head of Historical Analysis at the British Army's think tank, the Centre for Historical Analysis and Conflict Research, and a member of the War Studies Department at the Royal Military Academy Sandhurst. In addition, he is Visiting Professor in Military Studies at the Humanities Research Institute at the University of Buckingham. Matthias is a Fellow of the Royal Historical Society. He has published widely on 20th century military history, and has written and edited 15 books and numerous articles.

Matthias holds a commission in the German army (current rank Lieutenant-Colonel) and is a member of the military attaché reserve. He has served on the defence attaché staffs in Madrid, Paris and London. Prior to this he served at German Staff College as the military history staff officer. Matthias was also the academic adviser to the British Army’s Operation Reflect Team, which organised the Army’s contribution to the First World War commemorations; and he has advised British and German government bodies on wider aspects of military history and its relevance for today. Matthias deployed to Iraq and Afghanistan with both the British Army and the German Bundeswehr. He is a keen battlefield tour guide and has led civilian and military tours all over Europe, from Madrid to Stalingrad. He has also worked on television and radio as both historical adviser and interviewee.