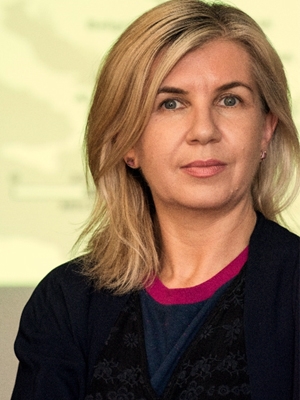 Senior Lecturer In Holocaust Studies At University of London

Simone Gigliotti is a Senior Lecturer/ Reader in Holocaust Studies in the Holocaust Research Institute, Department of History, Royal Holloway, University of London. She has published numerous studies on Jewish victims and survivors’ experiences during and after the Holocaust, and particularly so as they relate to deportation, evacuation and death marches. She actively researches in this area and teaches several courses on the Holocaust from the perspective of the witness/survivor. Her publications include The Holocaust: a Reader (2005, co-editor), The Train Journey: Transit, Captivity and Witnessing in the Holocaust (2009, author), and The Young Victims of the Nazi Regime: Migration, the Holocaust, and Post-war Displacement (co-editor, 2016).