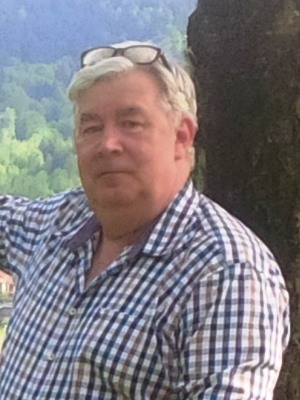 Nigel, a former Royal Scots Dragoon Guard Officer, performed intelligence gathering duties in the former communist East Germany with BRIXMIS during the Cold War. He was awarded the MBE and Bronze Star Medal for his services with the US 1st Cavalry Division during Operation Desert Storm. He was Chief of Staff at the Royal Armoured Corps Centre at Bovington, ending his army career as Defence Attaché at the British Embassy in Berlin. Living so much of his life in Berlin allows him to indulge in his interest in the Nazi era and World War Two in general and being fluent in German and Russian enables him to study campaigns from the ‘other side’ adding colour and an extra ‘insider’ aspect to his tours. He has featured on the National Geographic Channel’s “Battle of Berlin” and has made with two others the highly successful German ZDF TV’s series “Cold Fronts - military espionage in the GDR”, the “Danish SS”, the Lost Evidence Berlin Series, No Reservations (with Tony Bourdain) and many more.