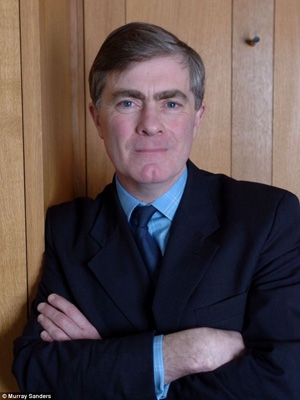 Patrick Mercer OBE read History at Oxford University before joining his family’s regiment, The Sherwood Foresters. He completed many operational tours in Northern Ireland and Bosnia, for which he was decorated several times. After leaving the army he became a defence correspondent for the BBC. His first love, however, is military history. Having walked many of the battlefields of the British Army, his greatest expertise lies in the Crimean War, the Indian Mutiny, the Afghan Wars, The First World War and in the Second World War particularly the Italian Campaign. Published several times, he has just completed his first trio of novels concerning the mid Victorian period and he is now working on another three revolving around Casino, Anzio and Gothic Line fighting of 1944.

Napoleon - He shrouded ruthless ambition in a cloak of political and social reason - and he survived!

Finding the sandbag battery at Inkermann after 70 years.

Why Hitler kept his toothbrush moustache.

'Place no trust in the enthusiasm of recruits for battle.To those who don't know it there is something agreeable in killing another man. VEGETIUS.

Nelson at the Nile.
2/24th foot at Isandlwana.