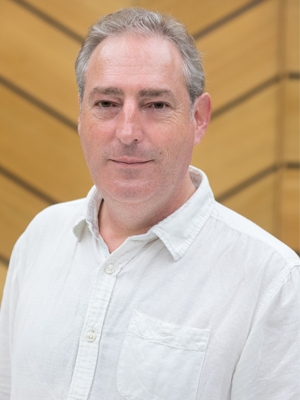 Paul Salmons is curator of the major new exhibition, “Auschwitz. Not long ago. Not far away.”, which has travelled to Madrid and New York City and will tour Europe and North America for seven years. He is now curating a new exhibit, “Seeing Auschwitz” for the United Nations, which will open in January 2020, and is currently a consultant to the United States Holocaust Memorial Museum in Washington DC.

A world-renowned expert in Holocaust education and consultant on numerous international projects, Paul worked for ten years at the Imperial War Museum, helping to create the United Kingdom’s national exhibition on the Holocaust and developing its distinctive educational approach. He was a founding Director of the Centre for Holocaust Education at University College London and has taught across Europe, in China, Australia, South America, and South Africa.

As consultant to the memorial at the former Nazi concentration camp at Mauthausen, Paul helped to create innovative new approaches to touring and learning from authentic sites of the Holocaust, and he has extensive experience of leading tour groups in Poland and Lithuania.