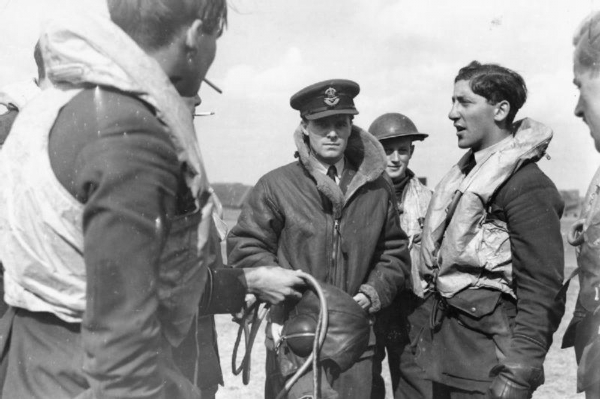 A World War Two Spitfire pilot's medals have recently been auctioned for £110,000.

Brian was shot down and suffered injuries in 1940, during the Battle of Britain. He later returned to service with the Royal Air Force's 92 Squadron until 1942, after which he became commander of 72 Squadron.

According to his DSO citation, Brian “destroyed a total of 11 enemy aircraft, probably destroyed five and damaged 13".

Brian also was part of the aerial support network for the invasion of Sicily in 1943, as well as leading the 72 squadron as the fighter escort of Eugene Esmonde’s Swordfish detachment.

Esmonde was attempting to stop the German fleet who were making the ‘Channel Dash’ to return to Wilhelmshaven and Kiel via the English Channel.

Although the medals were originally given a guide price of thirty to forty thousand pounds, the collection actually sold for over a hundred thousand pounds to a collector.

Brian later settled in Devon after the war, where he eventually passed away in 1994 at the age of 76.

The Battle of Britain lasted almost four months and took place from the 10th of July to the 31st of October 1940.

Winston Churchill famously referred to the airmen of the Royal Air Force and the aviators of the Fleet Air Arm, Royal Navy in a speech as “Never, in the field of human conflict, was so much owed by so many to so few”.

You can have the opportunity to sit in a Spitfire on our Battle of Britain tour in July. Make sure to book now if you are interested, as this is a confirmed departure.

Pictured: A Spitfire pilot discussing his mission in September of 1940