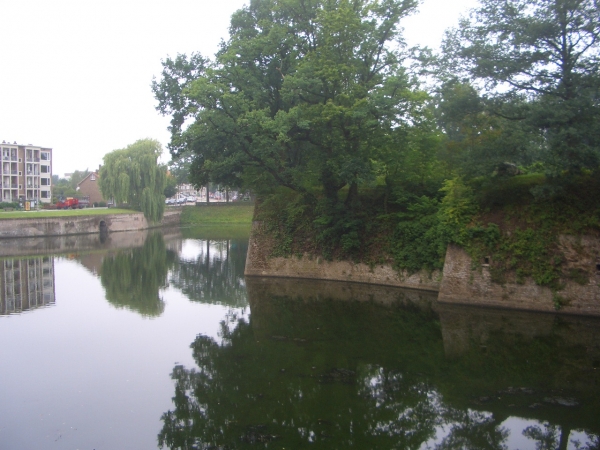 Veterans of TCE Peninsular War tours with Col. Nick Lipscombe to the East Coast of Spain and the Pyrenees may well be familiar with the name of Major General John Byne Skerrett, an officer who eventually left Wellington’s army under a cloud after a series of poor battlefield judgements. To those who have encountered him before in a Peninsular context, therefore, the final months of his life, and his death during the failed storm of Bergen-op-Zoom on the night of 8-9 March 1814 may seem at odds with what might be expected of the man. In fact, Skerrett’s end simply serves to emphasise the contradictions inherent in the man.

Harry Smith, who was Skerrett’s brigade major in the Pyrenees, called the general a ‘gallant Grenadier’, and it would be hard for anyone to have ever questioned Skerrett’s physical courage. However, coming from a rifleman, Smith’s characterisation has something of a ring of brave-but-stupid about it, and, even when he composed his memoirs years later Smith could still not forgive his former commander for the incident that had effectively ended Skerrett’s career in the Peninsula. Posted to the Light Division after Vitoria, Skerrett quickly demonstrated that he lacked the swiftness of judgement needed for such a command, and his insistence on standing out in the open under fire, which might have been inspiring to most troops, was simply ridiculed by his ‘light bobs’ who had been trained to make the best use of any cover. During the fighting at Vera on 31 August 1813, Smith and the battalion commanders were unable to prevent Skerrett from leaving an inadequate picquet to cover a vital bridge rather than moving his whole brigade to block it. The result was that the retreating French, who would otherwise have been cut off, crushed the picquet – killing its popular commander, Captain Cadoux of the 95th – and fought their way to safety. Having patently lost the confidence of his brigade, Skerrett reported himself sick and left the Peninsula.

Unfortunately, the disaster at Vera was only the last of several instances from his Peninsular service that called Skerrett’s judgement into question. Sent to help the Spaniards hold Tarragona in 1811 he had refused to land his troops and the place had ultimately fallen; at Tarifa the following year he had continually counselled evacuation and generally served to hamper what was ultimately, despite him, a successful defence. Yet, when given a vital bridge to hold, at Puente Larga during the retreat from Burgos, Skerrett had put in a sterling performance. Give the man a task, it would seem, and he would do it or die trying: give him a decision to make, and the result was disaster. Personally brave to a fault, he seems to have lacked the moral courage to match, leaving him incapable of decision in moments of crisis.

Fast-forward, then, to the end of 1813 and Skerrett’s appointment to command a brigade under Sir Thomas Graham in the Netherlands. Here, at last, might be a chance for redemption but the fates seemed to be against him from the outset. During Graham’s first attempt against Antwerp, Skerrett was incapacitated after a fall from his horse and could not lead his brigade; during the second attempt, the French opened sluices to flood the land across which Skerrett was to advance and by the time he got his men around the inundation the fighting was over. When Graham made the ill-fated decision to try and seize Bergen-op-Zoom by a coup de main, Skerrett made sure that this time he would be present no matter what, even though it meant going into action on crutches. Here was a man out for redemption; a man set to prove himself even at the hazard of his life.

For the attack on Bergen-op-Zoom, tactical direction of which was entrusted to Major General George Cooke, Graham broke up his usual brigading to form four attack columns. Skerrett was given responsibility for the northern sector of the fortress, directing the False Attack – which was to move against the Steenbergen gate as a distraction – and the Right Attack against the harbour area. Skerrett accompanied the latter attack, as did Brigadier General Gore, relegating Lt. Colonel Carleton of the 44th, who should have led the whole column, to the command of its vanguard.

At first, all went well. The False Attack drew the attention of the French garrison, and the lead units of the Right Attack quickly secured the harbour area all but unopposed. Then, however, things went awry. Carleton and Gore set off on a circuit around the walls, intending to link up with the Left and Centre attacks, but the former was late and the latter had been turned back, so that the little party was on its own and was soon crushed, with Carleton and Gore both killed. Skerrett, having brought the rest of the Right Attack into the town, now did something inexplicable. Leaving the 4/1st under Lt. Col. Muller to secure the harbour, he gathered a party of men around him and led them off to his left, onto the ramparts, so as to move clockwise in the direction of the Steenbergen Gate. Just what Skerrett was trying to achieve by this was unclear, since, as he must have known, it was quite the opposite of what his orders required. Indeed, up until this point Skerrett had been vocally insisting: ‘Mind men you are to get out of the ditch to the right’.

It is possible that Skerrett had it in mind to secure the town’s Arsenal and main powder magazine, which lay in the direction he had taken and of the location and importance of which he was well aware. Since the remainder of his troops seemed to have attained their other objectives, with Carleton and Gore already on their way to link up with the other columns, it is quite possible that Skerrett felt that he had the scope to deviate from his orders and make an attempt to seize these vital objectives. Alternatively, it was clear that the troops of the False Attack were heavily engaged in this sector and in trouble. Unbeknownst to Skerrett, there had been heavy casualties amongst the senior officers in the False Attack, as a result of which some of the troops, not realising that they were meant only to form a diversion, had pressed home the attack. Since these men remained his responsibility, Skerrett may have felt obliged to attempt to come to their aid.

Because the False Attack had drawn the bulk of the French garrison to the area around the Steenbergen Gate, Skerrett’s party was heading straight into the thickest concentration of French troops within the fortress, and although they were able to occupy the Arsenal, which lay immediately to the north of the harbour area, and to clear the French out of two bastions, they soon found themselves in trouble. A strong French force of around 300 men had been detached to protect the powder magazine, and Skerrett led his party straight into them. It was clearly impossible to press on any further, and the British fell back a short distance and took up a strong position based on a windmill situated a little to the west of the magazine, where some of the survivors of the False Attack were also able to filter through and join them. There, the whole party found itself on the receiving end of a massed French counterattack, mounted by three battalions totalling over a thousand men. There was little hope of holding off this force, which quickly recaptured the windmill. Skerrett had already been wounded twice at this point, in the hand and in the thigh, but remained with his troops until finally brought down by a shot to the head. Mortally wounded, he died the following day whilst still in captivity.

Skerrett’s actions made him an obvious contender for blame when it came to accounting for the failure of the operation. Had he kept his men together, it was asserted, he could have linked up with the belatedly-arriving guardsmen of the Left Attack and the town would have been secured. This rather conveniently enabled Cooke, who had been with the tardy Foot Guards and had authorised the eventual surrender of the remaining attackers at dawn on the 9th, to get himself off the hook.

Conversely, though, there was some speculation by participants that Skerrett had despaired of being able to link up with the Guards and that he meant to force the Steenbergen Gate and thereby admit the men of the False Attack to allow them to enter the town as reinforcements. This is a possibility, certainly, but it seems an unlikely one for Skerrett must have been aware how weak a force the False Attack was, and how little it would add to his forces. An alternative piece of speculation – and it is no more than that – is that Skerrett was aware, from the volume of firing coming from the Steenbergen Gate, of the danger in which the False Attack was in, and was determined to make some effort to join or relieve them. It must be remembered that Skerrett had left the Peninsula under a cloud after leaving Cadoux’s picquet of the 95th unsupported to be destroyed. Did Skerrett see the same thing happening here, and seek to avert it, even at peril to his life, rather than have another stain on his reputation? Certainly, such a move fits with a personality type high in personal bravery and sense of honour but lacking in moral courage, for the correct, if cold blooded, response was surely to leave the False Attack to its fate and capitalise upon the diversion thereby offered.

Ultimately, we do not know why Skerrett acted as he did. As for the consequences of his actions, they were perhaps less severe than might be assumed. His diversion took men away from the Right Attack, but these men continued the fight in the northern portion of the fortress, between the harbour and the Steenbergen Gate, for some hours longer than would have otherwise been the case, potentially delaying the French counterattack by some hours. Even allowing for the fact that, irrespective of what the other British columns did, the French needed some time to reorganise themselves after the repulse of the False Attack, the fact that they thereafter needed to employ a proportion of their forces evicting the survivors of Skerrett’s detachment out of the bastions in which they had taken refuge further delayed their ability to move in overwhelming force against the troops in the harbour area and ultimately against Cooke’s main force when it finally broke into the town. Had this hard-bought time enabled Cooke to secure the rest of the town and thus achieve success, Skerrett’s actions might well be remembered as the sacrifice of a hero, rather than the errors of a scapegoat. Indeed, some thought him heroic even so; Lt. Dunbar Moodie, who served under him that night, considered Skerrett ‘a most gallant, zealous, and active officer’, and regretted his death as a significant cause of the eventual disaster. Skerrett, one feels, would probably have been proud of that tribute had he lived to receive it.