The Mystery of the Unfinished Violin 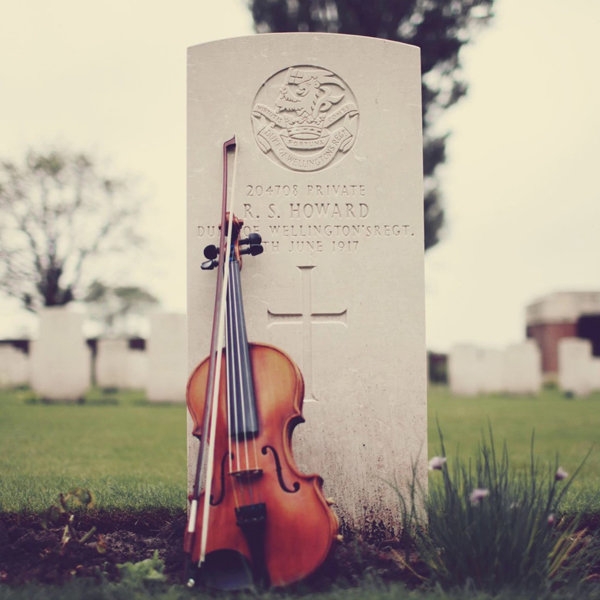 An unfinished violin, with a secret history has started a journey of discovery after new owner, Folk musician Sam Sweeney, traced its origins after finding a small note dated 1915 inside the violin’s body.

The violin, bought in pieces at auction and restored by Rodger Claridge, was bought by Mr Sweeney in 2009. It appeared brand new, except for a small note, which was identified as a signature

The note encouraged an intrigued Mr Sweeney and his father to research the name and led them on a journey all the way to a cemetery in Belgium.

The name was Richard S Howard, a luthier and music hall performer from Leeds, drafted into the 10th battalion, the Duke of Wellington’s Regiment (West Riding) in 1916. Before he was able to complete his last violin, he was tragically killed on the first day of the Battle of Messines on 7th June 1917.

Private Howard left behind a wife and 11-year-old daughter, Rose. In their hunt to find out what happened to Howard, Mr Sweeney met Howard’s granddaughter, Mary Sterry, who had previously known nothing about her grandfather. She was touched to finally learn his story.

“I was very interested to learn about him because I had heard nothing except ‘your grandfather died in the war’”, she told The Telegraph, “People in those days didn’t talk about it for fear of upsetting someone.”

Last year, on the eve of the 100th anniversary of Private Howard’s death, Mary Sterry and 100 others, including some of Howard’s recently discovered relatives stood at his grave in Woods Cemetery, Ypres, to hear Mr Sweeney playing his violin.

Mr Sweeney toured with the violin and has recently released his debut solo album titled ‘The Unfinished Violin’. He continues to spread the story of Private Howard and the instrument that has become his legacy, affecting people from all over the world.

“What’s amazing is people who have nothing to do with Private Howard have come up to me and Mary and said I will leave flowers for this man…If you read the visitor book in the Ypres cemetery there are lots of people who have come to see his grave because they have seen the show.”

We follow the words, music and landscapes of the Great War on our War Poets tour in July 2019.