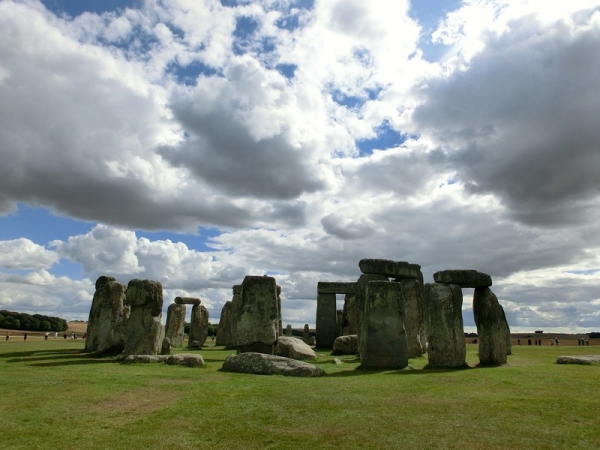 Most of our subscribers know where we are based, but for those that don't, The Cultural Experience is based in the historic city of Salisbury, England. We have so much history on our doorstep, including the tallest Cathedral spire in the UK.

We are also only a few miles from Stonehenge, so when there is news to share about the historic stone circle, we class it as local news.

A piece of this “wonder of the world”, a metre long, has been returned, 60 years after it was taken during excavation works in 1958. No one knew where the sample of prehistoric stone was until Robert Phillips, who was involved in the works, decided to return it.

English Heritage now hope that the sample might now help establish where the stones originated.

During the works in 1958, an entire fallen triathlon was raised by archaeologists and cracks were found in one of the vertical stones. To reinforce the stone, cores were drilled through it and metal rods were inserted.

The repairs were masked by small plugs cut from sarsen fragments found during excavations.

For 60 years Mr Phillips kept his piece of Stonehenge - first in a plastic tube in Basingstoke and later on the wall at home in the USA.

He had been employed by a diamond-cutting company brought in to help reinforce the historic stones. Three holes were bored into one stone before metal rods were inserted for stability. During the process, three 1 metre long cores of stone were extracted, and Mr Phillips took one of them, but decided to return it the day before his 90th birthday.

Archaeologists hope analysis of the chemical composition of the core will pinpoint where the ancient Sarsen stones came from.

The sample was actually handed back in May 2018 but English Heritage said it waited to announce the find as they had to first understand its significance.

Historic England said the sample looks "incongruously pristine"
English Heritage is appealing for anyone with any information to contact them regarding the two other missing pieces as they are still yet to be found.

Heather Sebire from English Heritage said "the last thing we expected was to get a call from someone in America saying they had part of Stonehenge".

"Studying the Stonehenge core's DNA could help tell us more about where those enormous Sarsen stones originated,"

If you are visiting Stonehenge or Salisbury, why not pop in for a cup of tea?