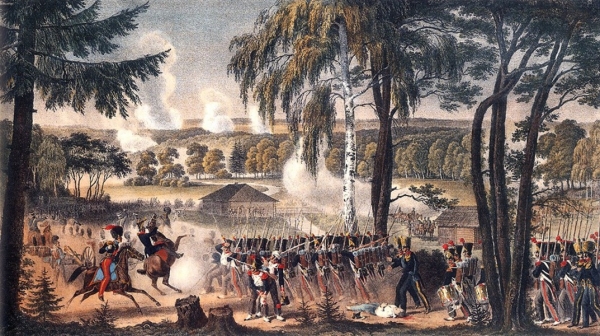 The remains, believed to be that of one of Napoleon’s most beloved generals, have been unearthed during excavations in Smolensk, Russia. Charles-Etienne Gudin was killed during the disastrous 1812 French invasion of Russia and is the first of Napoleon’s missing generals to be discovered.

The injuries found on the remains are consistent with those Gudin is reported to have sustained, including an amputated leg. This has led a joint French and Russian archaeology project to believe “with a high degree of probability” that they have found the aristocrat and veteran of both the French Revolution and the Napoleonic wars.

“It’s a historic moment not only for me but for I think our two countries”, said Pierre Malinovksy, a French archaeologist and historian who played a central role in the discovery, “Napoleon was one of the last people to see him alive which is very important, and he’s the first general from the Napoleonic period that we have found.”

General Gudin was mortally wounded by a cannonball during the Battle of Valutino while leading the final French assault. Although the French eventually captured the Russian position, the main force of General Barclay’s Russian army was able to escape towards Lubino, ending any chance Napoleon had of trapping and destroying the Russian forces. Through difficult terrain, rebellious commanders and a strong Russian defence, the French suffered around 7,000 casualties compared to the Russian’s 6,000.

As a result of his injuries, Gudin’s left leg had to be amputated above the knee and he suffered extensive damage to his right foot, leading to his death on 22nd August 1812. It is said that Napoleon cried upon hearing the news, the pair having attended the Brienne school at the same time and remained close. Napoleon ordered that Gudin’s heart be carried to Paris and be placed in a chapel at the Pere Lachaise cemetery and that his name to be inscribed on the Arc de Triomphe. A bust of Gudin’s likeness resides in the Palace of Versailles and a Parisian street was named after him.

Gudin’s direct decedents have been contacted in the hope that DNA evidence can prove for certain that the remains are that of the French general. Once confirmed, the remains will be reburied in France.