A Sorceress's Secrets Uncovered in Pompeii 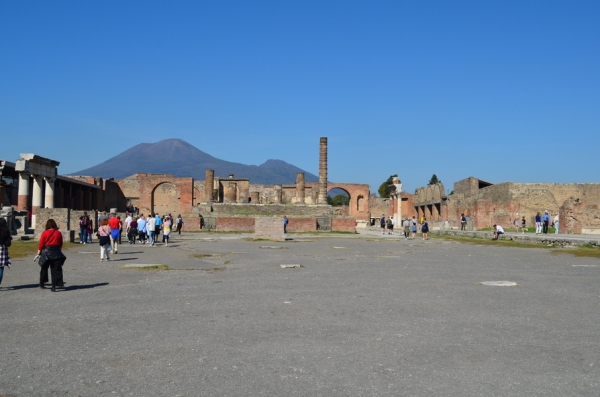 Archaeologists working in Pompeii have discovered evidence of a female sorcerer who was a victim of the eruption of Mount Vesuvius in 79 AD. This evidence includes jewels, lucky charms and sacred amulets.

Massimo Osanna, director of the Archaeological Park of Pompeii, said that the evidence consisted of “dozens of good luck charms next to other objects that were attributed with the power of crushing bad luck”. In fact, archaeologists theorise that these objects could have been used by a female servant or slave for various rituals, including fertility and love.

The treasures were found in a decomposed wooden box which was engraved with symbols associated with fortune, fertility and protection against bad luck, such as bird bones used to deflect the ‘evil eye’.

The box was found in a house with 10 bodies, including women and children. Archaeologists are currently using DNA analysis to discover whether these victims are related or not.

The eruption in Pompeii destroyed a number of nearby towns and killed thousands of people. Archaeologists believe that these objects were probably left behind by someone who was attempting to escape the volcanic eruption.

Much of our knowledge of the eruption comes from Pliny the Younger, whose letters to his friend describe the chaotic event. He described “broad sheets of flame” and a cloud “filled with earth and cinders”.

The trinkets are going on display at Pompeii’s Palestra Grande in a temporary exhibition.