World War Two GI baby: 'I discovered my eldest sister was my mother' 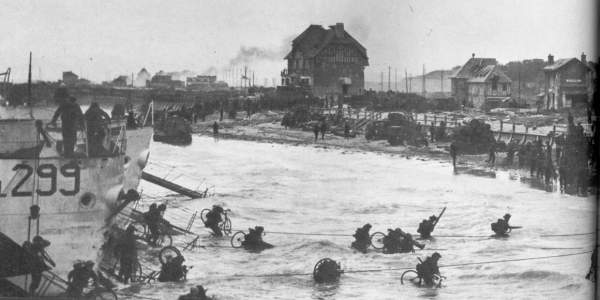 Albert Gilmour had always wondered why his mother was reluctant to show him his birth certificate. When he needed the document to get married, his mother finally gave it to him.

His biological father’s name was missing from the birth certificate, but was identified by Ruby as Albert Carlow from Calais, Maine – one of 300,000 American troops who were stationed in Northern Ireland during WW2.

In 1944, Albert was dispatched to Normandy as part of the D-Day landings. Later that year, Ruby gave birth to Albert, believing that his father had been killed in action.

Albert Gilmour accepted the revelation out of respect for his mother and grandparents, but in the late 1990s Albert’s own daughter Karen Cooke decided to trace their family history.

After tracking down one of her father’s aunts, she learnt that her grandfather had died 20 years earlier.

However, her great-grandmother and her father’s half-brothers were still alive and were able to provide some answers.

Albert’s father had been deployed to Africa from Normandy and was later flown directly to his home in America after the war, never having the chance to return to Ruby.

Albert decided to tell his story because of his belief that there are more people like him, who “don’t know where to go or are embarrassed to talk about it”. He explained that he was “hoping these stories don’t fade away.”.