Archaeologists To Begin Excavation Of Ancient Beach At Herculaneum 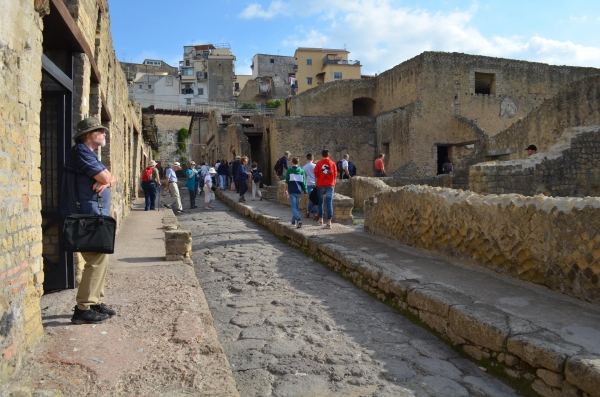 Archaeologists will soon begin the excavation of a beach at Herculaneum, the ancient site which was entombed in the eruption of Mt Vesuvius in 79 AD.

The project is expected to last around two years and it is hoped that it will result in significant discoveries which will give researchers more information on the impact of the eruption.

Before the eruption, Herculaneum was a bustling seaside town for rich Romans and contained many luxurious houses with marble cladding.

A previous dig at the site which took place forty years ago uncovered skeletons of those who had attempted to flee the eruption, as well as their possessions.

This dig also revealed the remains of a 9-metre long boat, which experts believe could have acted as a potential vessel for people to escape the eruption.

Due to changes in the structure of the coastline after the 79 AD eruption, the beach is currently located around sixteen feet below sea level, meaning that specialist equipment will be needed to prevent flooding.

After the excavation is complete, plans will be made for the beach to become accessible, with additional sand and draining efforts.

Archaeologists believe that a beachside pavilion may be uncovered during the dig which could be attached to the ancient Villa of the Papyri.

Our Archaeology of the Bay of Naples tour visits Herculaneum, which offers a unique insight into Roman life, with many buildings still with upper storeys intact and frescoes and mosaics in an excellent state of preservation.

Pictured: Herculaneum on our Archaeology of the Bay of Naples tour