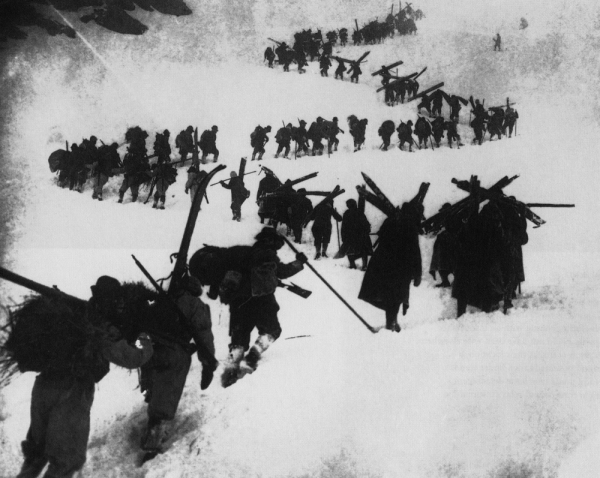 Experts have recovered a number of intriguing artifacts dating back to World War 1 from a cave in northern Italy.

Following the melting of a glacier, the cave, which was used as a shelter from the harsh weather by Austrian soldiers stationed on the Alpine front, was first entered by researchers in 2017.

Some of the items include food, dishes and animal skins fashioned into jackets, giving insight into the difficult daily lives of the soldiers as they battled extreme conditions.

The shelter was designed to be undetectable by aerial observation or Italian troops, based at an altitude of over 10 thousand feet, close to the peak of Mount Scorluzzo.

The artifacts will be included in a collection at a World War 1 museum in Bormio, which is due to open late next year.

Historian Stefano Morosini noted that the shelter was like an “open air museum”, with more artifacts being revealed each summer as the glacier melts.

Our Italy During The First World War tour visits many of the ingenious caverns and tunnels that were built for warmth and protection during the severe winters.