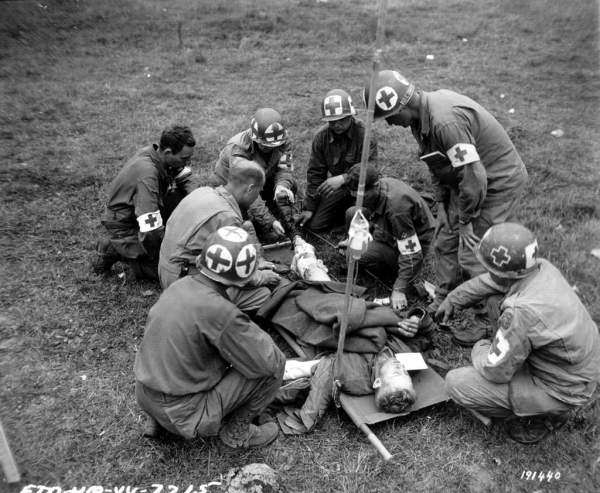 On Monday, a 103-year old veteran finally received his medals for his service in World War 2 in Reading, Massachusetts.

Fantasia served as an Army medic with the Lima Company of the 104th Regiment, of the 26th Infantry Division, commonly known as the ‘Yankee Division’.

He was captured by the Nazis’ 11th Panzer Division in 1944, whilst looking after two wounded soldiers in France. He was sent to a prisoner of war camp where he remained until the camp’s liberation by Russian forces six months later.

Moulton’s team worked with Fantasia’s family and the military to secure the medals that Fantasia’s service merited, but which he never received.

Fantasia had already received the Silver Star, the nation’s third-highest decoration for valour in combat.

“We all had a duty. That was my job,” said Fantasia. “My job was to take care of soldiers. None of them died while they were with me”.

Moulton described Fantasia as “a true example to the rest of the country and the community of what American heroism is all about”.