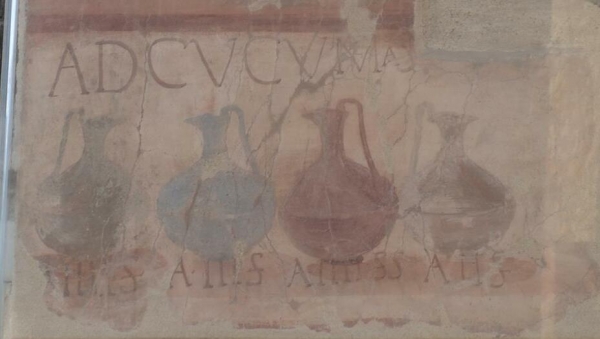 An archaeologist has discovered ancient inscriptions in Pompeii, which she has described as the ‘social media’ posts of the Roman Empire.

These inscriptions contained adverts, messages and local information. This was a key form of communication for the people who lived throughout Pompeii.

Some of the inscriptions which have been found even contain information which suggests that people wanted to leave the city before the infamous eruption in 79 AD.

One of the ‘posts’ claimed that thieves roamed the streets, warning residents to be careful.

The inscription goes on to describe an item which had been stolen from a tavern. The tavern offered a reward of 65 sesterces in return for the object, a bronze vessel.

With more than 12,000 inscriptions scattered throughout Pompeii, these words can be used by archaeologists to study communication methods and daily life in the Roman Empire.