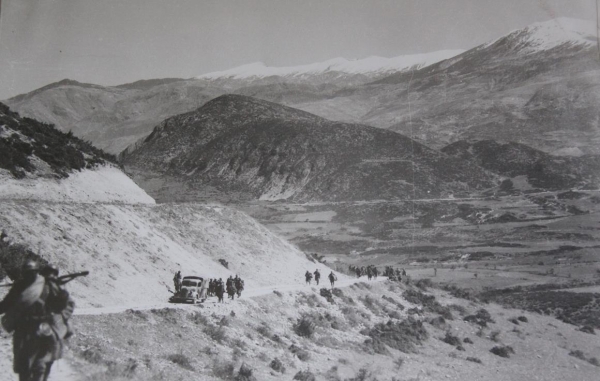 Sarah Yanai and Yossi Mor, along with their mother and three siblings, were sheltered by Melpomeni Dina in the home which she shared with her sisters after the Nazis invaded Greece.

The trio reunited on Sunday in Jerusalem, allowing Dina to meet Yanai and Mor’s children and grandchildren for the very first time.

Yanai told reporters that there were “no words to describe this feeling. It is very emotional for us to be together again”.

The siblings’ grandchildren had grown up hearing about Dina, so meeting her was an exciting experience.

Dina’s sister Efthimia had previously met Yanai and Mor’s mother, Miriam, and had befriended her, which prompted her to allow the family into her home and share with them their food rations.

When the family were discovered by the Nazis, Dina helped them to escape into the Vermio mountains, and continued to provide for them until the war’s end.

According to Stanlee Stahl, Executive Vice President of the Jewish Foundation for the Righteous, this will be one of the last reunions of this type, as “either the survivor has passed on, the righteous has passed on or in some instances either the survivor or the righteous gentile is unable to travel and you know, they’re in a nursing home, assisted living or something.”.