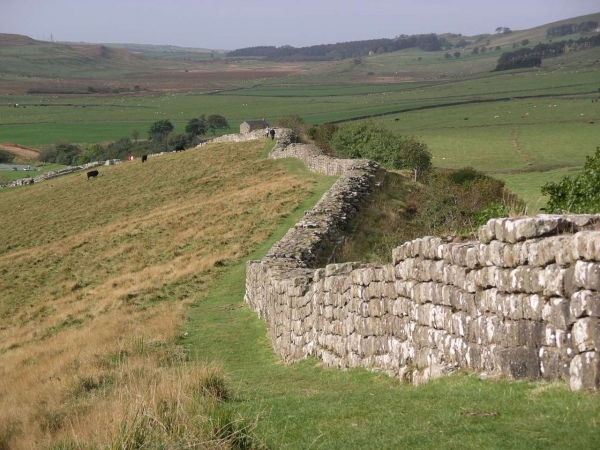 Researchers have discovered a leather toy mouse on the site of Vindolanda, an archaic Roman auxiliary fort at Hadrian’s Wall in Northumberland.

The toy mouse is just over 12 centimetres long and almost 3 centimetres wide and is thought to date back to 105-130 CE.

The bag of scrap leather which the mouse had been hidden inside was found in 1993 during an excavation of a room inside the IV/V Commanding Officer’s Residence.

Archaeologists are not sure whether the artifact was a child’s toy or was just used as a practical joke. It has been noted that the mouse toy has been squashed flat at some point during its use.

Barbara Birley, curator at the Vindolanda Museum, noted that if it had been used as a practical joke, it would have been convincing: “If you were working in a dark Roman room, because they didn’t have a huge amount of indoor lighting, you could definitely see it as a little mouse”.

Vindolanda was built before construction began on Hadrian’s wall. It was an important settlement and was destroyed and rebuilt multiple times.

Archaeologists have previously discovered a cavalry barracks from 105 AD in the same location, also finding both military and personal possessions from soldiers.

The researchers hope to put the toy mouse on display at the Vindolanda Museum.

On our Hadrian and The Roman Army in the North tour, we examine the role and organisation of the largest professional army until the modern era, exploring the remains and reconstructions of fortifications, houses and barrack blocks along the way.