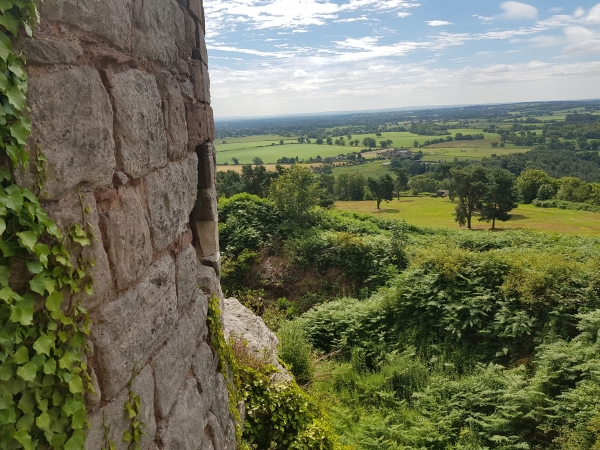 Archaeologists have found the long-lost remains of a 14th Century chapel in County Durham, which was destroyed during the English Civil War.

It had long been theorised that the remains of a chapel existed somewhere within the grounds of Auckland Castle, which was built in the 12th Century.

The remains were found with the help of both students at Durham University and volunteers from The Auckland Project, the charity which owns and manages the castle.

After years of excavations, archaeologists now know that the walls of the chapel would have been 1½ metres thick, 12 metres wide and 40 metres long (internally).

The chapel was originally built for Antony Bek, who was appointed Bishop of Durham in 1283.

At the Battle of Falkirk in 1298, Bek fought beside Edward I, leading an army against William Wallace and the Scots fighting for independence.

The size and privacy of the chapel demonstrates the status of Bishop Bek, who had the power to create armies and mint coinage.

John Castling, the archaeology and social history curator at The Auckland Project stated that:” It’s difficult to overstate just how significant this building is, built by one of the most powerful Prince Bishops as a statement of his power”.

After the dethroning of the bishops during the English Civil War, finds from the excavation site with evidence of burns suggest that gunpowder was used to destroy the chapel.

Sir Arthur Haselrigg, a Parliamentarian appointed governor of Newcastle and the chapel and castle’s post-Civil War owner, was found guilty of “demolition of the goodly chapel” in 1660 and was thrown into the Tower of London.

A reconstructed image of the chapel is being displayed at an exhibition at Auckland Castle from the 4th of March to the 6th of September.

On our 2020 English Civil War tour, we look at the actions of the final years of the war, exploring the fight for Powick Bridge, Donnington Castle and the scene of Prince Rupert’s raid of 18 June 1643 at Chalgrove.