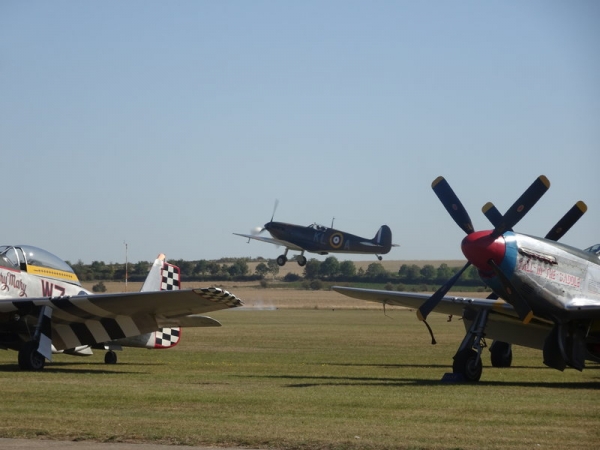 Take a look at some of the images taken during our two days at the Battle of Britain Air Show. The event took place at the Imperial War Museum in Duxford on the 21st & 22nd September 2019.

Attendees stepped back into summer 1940 for an unforgettable weekend. Epic flying, historic aircraft, vintage fashion and movie magic culminated with a mass Spitfire formation taking to the sky.

The roar of Merlin engines filled the air as historic aircraft took to the skies above this important RAF fighter station, famous for defending Great Britain during the Second World War.

There was a chance to discover Duxford’s remarkable past as the museum, hangars, airfield and showground were transformed for the weekend with re-enactors, 1940s music and dance, entertainments and activities.