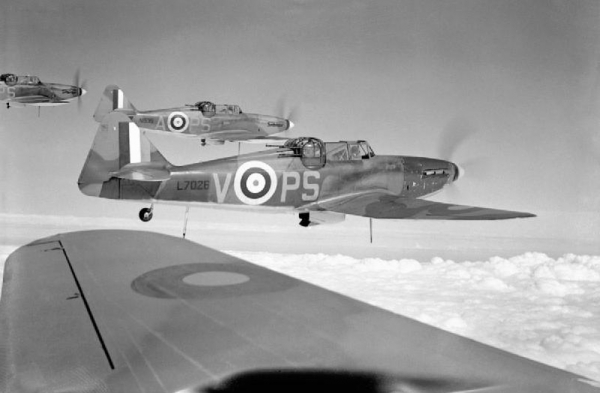 Flight Lieutenant Archie McInnes has passed away just hours after celebrating his 100th birthday. His friend and biographer, Jonny Cracknell, tweeted that: “It is with a heavy heart and incredible sadness to advise the tragic news that Battle of Britain hero Archie McInnes sadly passed away last night, just hours after celebrating his 100th birthday amongst friends & family. An inspiration & hero of a man - rest in peace dear Archie’”.

McInnes was born on the 31st of July 1919 and completed his training in August 1940. The historic combat missions which he flew during the Battle of Britain helped to prevent the German Luftwaffe from invading Britain.

Air Chief Marshal Mike Wigston said that Archie McInnes was “part of an extraordinary band of selfless aviators”, noting that “the bravery and sacrifice of Archie and ‘The Few’ should never be forgotten”.

Winston Churchill shone light on those who fought in the Battle of Britain in a speech, saying of their sacrifices that: “Never in the field of human conflict was so much owed by so many to so few.”.

After the Battle of Britain ended, McInnes became part of a team which hunted for the German battleship The Bismarck. In 1941, McInnes provided cover for bombers in the North African campaign.

McInnes continued to fly even after losing an arm when his plane was shot down, later altering a prosthetic arm to allow him to use a throttle and continue to fly aircrafts.

He retired in 1946 to live in a village near Cambridge with the rank of flight lieutenant. McInnes had returned to flying just last year, when he was a passenger in a Spitfire which had been adapted to carry two people.