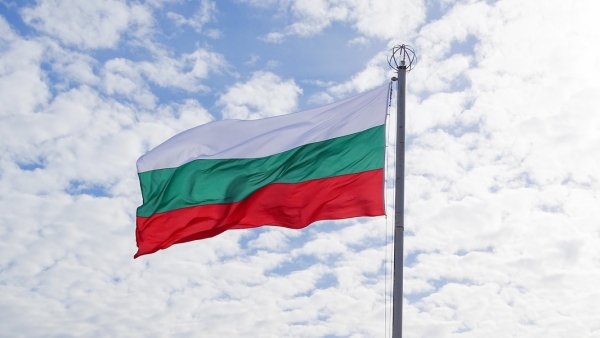 A unique, 3rd Century, Middle Eastern-style tower tomb discovered inside Bulgaria’s largest Thracian burial mound is under threat. Despite being promised full government funding, the project could be abandoned as the Bulgarian treasury fails to deliver.

The tower tomb, a pyramid or ziggurat shaped structure similar to others found in Roman-era Middle Eastern cities, is believed to be the final resting place of Roman Emperor Philip I, The Arab (r.244 - 249AD). The Maltepe Burial Mound where the tomb was uncovered is located close to modern Plovdiv, which is scattered with fascinating Roman ruins and whose Thracian name derives from the Emperor, Philippopolis.

The discovery of the tower tomb was completely unexpected. It is unique because it is totally unlike any other burial found so far in the Ancient Thracian, Greek and Roman Empires, the Balkans or even in Europe.

“The burial mound and the tomb itself are so grandiose that they have no analogies in Europe” said Kostadin Kisyov, Director of the Museum of Archaeology in Plovdiv and head of the archaeological team excavating the burial mound.

Its closest comparisons are the tower tombs in Petra or Palmyra, before the latter was destroyed by ISIS forces in 2015. It is this, along with its proximity to ancient Philippopolis and the grandeur of the structure, that has led to the belief that it is the tomb of Philip I, who originated from the Middle East. The tower and the mound were built concurrently, with each level of the tower being covered with clay and sand as the building progressed. This further indicates that the tomb is that of Philip I as the burial shows deference to different cultures of his birth country and the country that he ruled over. No other tower tomb that we know of has been constructed in this manner.

The tomb was initially exposed in July 2018. Geophysical surveys of the mound had identified an anomaly before excavation began, suggesting that there was a stone structure beneath it. This was believed to be a tomb that the burial mound had been constructed on top of, but it was only when the top-down excavations began that it became clear that there was a single tomb buried within the mound rather than below it.

So far, 20 ft of the estimated 20m tall structure has been exposed. Continued excavations could reveal additional structures, though it is impossible to tell at this point. The archaeological team are not planning to open the tomb until both the building and Thracian mound have been fully excavated and researched.

There is evidence of treasure hunters stealing statues and stone decorations from the outside of the tomb through dangerous access tunnels from the top and the side, but it appears that no one has reached the actual tomb chamber, which is still to be discovered.

Despite the untold potential of this site, with only two thirds of the funding in place its secrets may have to remain unknown. Excavation work was initially stopped during the spring and, though work will resume later this month, it is unclear for how long it can continue.