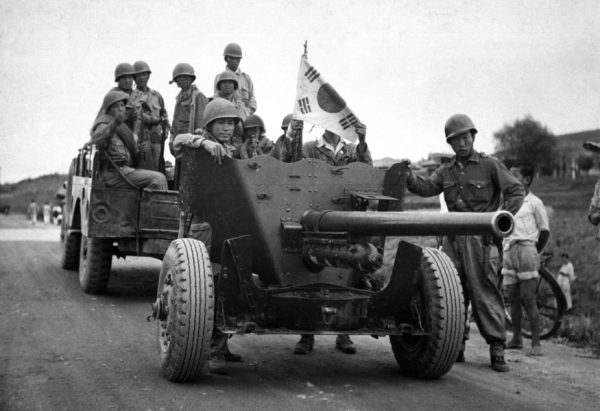 Charles Stanley Lawler was just 19 when he was reported missing by the military near Unsan, North Korea in 1950. It is believed that he died during a “human wave” attack by Chinese soldiers, which is an offensive tactic where densely concentrated infantry formations attack the enemy line, engaging the enemy in melee combat. Now, almost 70 years afterwards, his remains have finally been brought home.

Lawler was eventually listed as dead by the Army in 1953, and his family received a Purple Heart Medal in his honour.

Lawler’s remains were returned to his hometown of Traverse City on the 25th July 2019, and he was buried 2 days later besides his deceased mother, Elsie Otto.

His body was escorted from Cherry Capital Airport by a parade of police vehicles and army veterans on motorcycles, who took Lawler to Covell Funeral Home, where a military honour guard was present.

Lawler’s body was among the remains which were handed over from North Korea in July, following the June 2018 Singapore Declaration, where both the United States and North Korea committed “to recovering POW/MIA remains, including the immediate repatriation of those already identified”. At the time of the handover, U.S. officials estimated that it would take months, if not years, to attribute identities to the bodies.

For Lawler’s loved ones, his burial was the painful end to an almost 70-year chapter, as his mother had believed before her death that he had been captured during the war, but not killed.

Army Sergeant Courtney Brown, who escorted Lawler’s casket to Traverse City, said that “Even though I don't know him personally, he's still my brother that I'm bringing home”.

According to the Defense POW/MIA Accounting Agency, an agency within the US Department of Defense, 7652 Americans are still unaccounted for from the Korean War to this day.