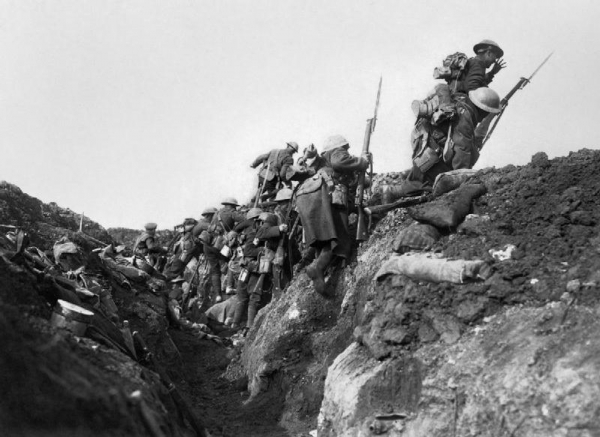 The diary of a British soldier who fought in World War 1 has been found in a barn in Leicestershire.

The diary was written in pencil by Private Arthur Edward Diggens of the Royal Engineers, and contains entries from the 13th February to the 11th October 1916, including the Battle of the Somme.

His diary entry for the 1st July 1916, the first day of the Battle of the Somme, reads:

"Something awful, never witnessed anything like it before. After a bombardment of a week the Germans mounted their own trenches and the infantry reckon that every German had a machine gun.".

The battle lasted until the 18th November 1916 and was a joint effort between British and French troops to break through German defences on the Western Front.

According to the Imperial War Museum in London, over a million British, French and German troops were killed, wounded or captured in the action.

The first day of the battle alone resulted in over 57,000 British casualties, including 19,240 deaths.

Expert Adrian Stevenson stated that “It’s a complete mystery how this Somme diary ended up in the Midlands, particularly as Arthur was born in London”.

He also noted that "The fact that both the diary and the soldier survived is pretty remarkable, given those awful statistics".

Stevenson originally feared that Arthur had been a casualty of the war as the diary ended abruptly in October 1916. However, research uncovered that Arthur survived the war, returned to England and became a husband and father.

He also wrote a diary describing the Gallipoli Campaign, which has unfortunately been lost to history. Researchers now believe that his 1916 diary ended abruptly because he was sent a new address book which he used as a diary from October 1916 onwards. This diary has also been lost.

The diary is being auctioned in a Medals and Militaria sale at Hansons auctioneers in Derbyshire on the 20th March.

View the itinerary for our 2020 Walking the Somme tour here