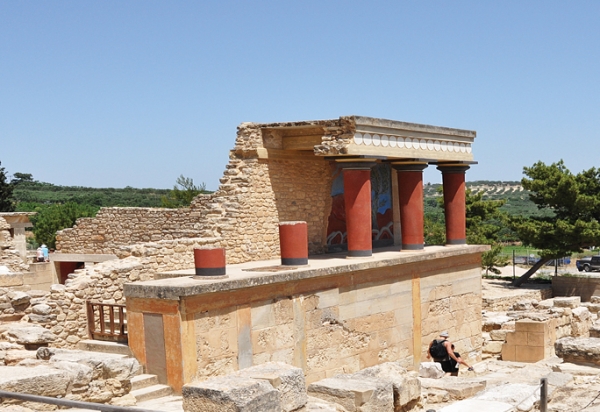 After much debate, some archaeologists believe that they have evidence which shows that the Minoan civilisation was invaded, rather than being destroyed by a natural disaster.

Ancient tablets which have been discovered in Crete appear to prove that Minoans continued to live on the island long after they were thought to have disappeared.

The Minoans were a Bronze Age Aegean civilization who lived on the island of Crete amongst other Aegean Islands from 2900 BC to around 1100 BC.
They are believed to be the first advanced civilisation on Europe, leaving behind advanced architecture, ingenious tools and an expansive trade network.

Experts previously believed that the Minoans were wiped out after a volcano named Thera erupted at some point between 1642 and 1540 BC.

However, these tablets show that the Mycenaeans, from the Greek mainland, may have taken over the Minoan civilisation, where life continued for years after they were thought to have died out.

Destruction on the island which was assumed to be from a natural disaster is now suggested to have originated from a battle between the Minoans and the Mycenaeans.

Learn more about the lost world of the Minoans on our Crete & Santorini tour, where we explore the explanations for the sudden fall of the Minoan civilisation around 1450 BC, traversing the Minoan palace of Knossos, Gournia, which is the best example of a Minoan town in prehistoric Aegean and Mochlos, one of the largest and most significant of the surviving Early Minoan cemeteries in Crete.