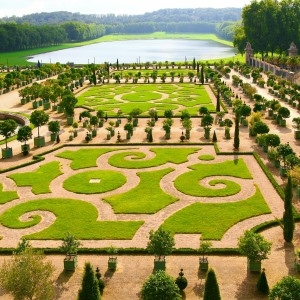 A family has been shocked to discover that a mirror which had been hanging in their bathroom was once owned by Marie Antoinette.

The mirror had been in their possession since the 1980s, when they received it through inheritance.

It had been originally bought in the 1950s by a friend of their family, who passed away in the 1980s and left the mirror to the now-owner’s grandmother.

The mirror is around 19 inches by 15 inches and was once part of a larger collection in Marie Antoinette’s possession.

The mirror is mounted in a 19th century frame made of fine walnut, with an engraved plaque which reads: “"This Glass Formerly Belonged To - Marie Antoinette - And Was Purchased At The Sale Of Napoleon's Effects".

Experts believe that the mirror was bought by Napoleon III’s wife, Empress Eugenie, who is known to have bought several other pieces from Marie Antoinette’s estate.

The family who inherited the mirror believed that the plaque was a joke and did not take it seriously.

Aiden Khan from East Bristol Auctions said: 'Its remarkable to think this mirror, with its incredible history, has been sat on a wall of a downstairs loo for so long.

The mirror is now expected to reach at least £10,000 at an auction in Bristol.

Marie Antoinette reigned from 1774 to 1792 and was the last queen of France. She was executed during the French Revolution.

Pictured: The Gardens of Versailles on our French Revolution tour