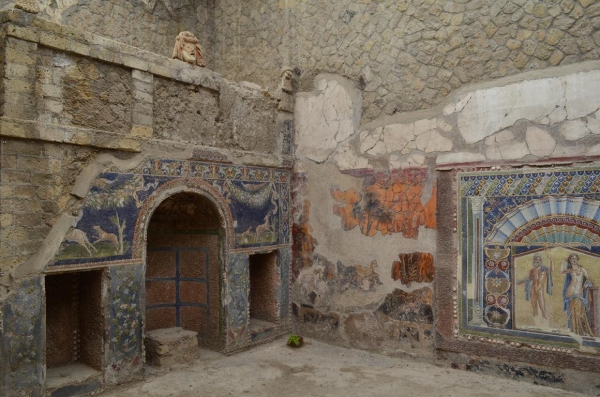 Archaeologists working in the ancient Roman city of Pompeii have discovered a vibrant fresco which depicts two gladiators engaging in battle.

It is believed to have been displayed in a tavern which was frequented by gladiators, with archaeologists drawing attention to the “very realistic representation of wounds”.

For gladiators during this time period, losing in a fight would result in their death unless they were given grace by his opponent. The fate of the gladiator depicted in the mural is a mystery which will remain unsolved.

The painting was found in Regio V, an excavation site which is currently closed to the public, close to where the gladiators’ barracks would have been.

Dario Franceschini, Italy’s culture minister, stated that the discovery showed that Pompeii was “an inexhaustible mine for research and knowledge for archaeologists”.

Archaeologists are currently in the midst of the “Great Pompeii” project, which is being funded by Italy and the European Union. This project is aimed at conserving, maintaining and restoring the archaeological area of Pompeii.