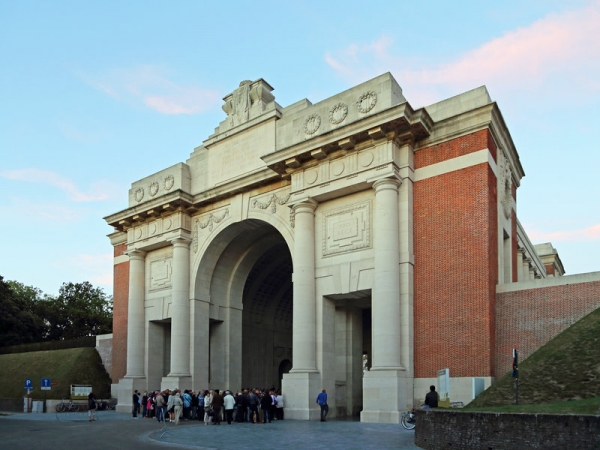 A German cannon from World War 1 which was thought to have been stolen from the Western Front has been found in Ontario, Canada.

The artillery gun was uncovered by construction workers in what used to be a baseball field, during the building of a new school.

The cannon, which is a Feldkanone 96 model, is believed to have originally been stolen by Canadian troops as a war trophy in 1918, before it was buried and presumably later forgotten.

Researchers say that this cannon is now one of the few remaining ones of its kind. They estimate that round 1,100 trophies, from howitzers to field guns, were taken back to Canada in the early 1920s.

Many of these weapons were eventually melted down during the Second World War to be made into new items to help the war effort.

This specific cannon was on display at a local high school in 1922, as part of a war memorial. An addition to the school in 1971 meant that the memorial and the cannon had to be moved to the local park.

During the renovations, the cannon was found to be damaged from its exposure to the elements over the years, so it was decided that it would be buried as part of a ceremony.

Years later, a baseball field was built on the same site, with the rise of the ground on top of the buried cannon proving perfect for the establishment of a pitcher’s mound.

Researchers have noted that, although those who took war trophies usually attempted to prevent the weapons from being used against them by breaking the breech block, this cannon is largely intact.

This may suggest that the weapon was taken quickly, with no time to sabotage it to protect against use by enemies.

The local council are planning to preserve or restore the cannon based on its condition and then put it back on display.

Our Discovering The Western Front tour explores how the fast-moving German armies inexorably swept through Belgium outflanking all before them until the battles for the Frontiers gradually brought them to a halt and trench warfare ensued as they determined to hold the ground they had won.

Pictured: The Menin Gate on our Discovering The Western Front tour