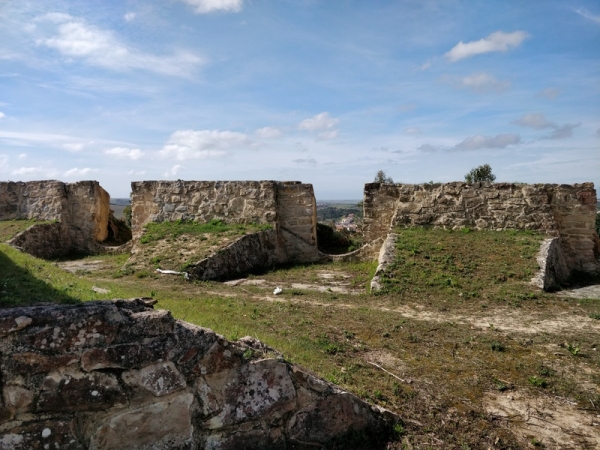 The historic Lines of Torres Vedras, used by the Anglo-Portuguese Army to repel the third French Invasion of Portugal during the Peninsular War, have been classified as National Heritage by the Portuguese Government.

The new law was agreed at a cabinet meeting last week. According to a government press release, it is intended for “preserving the memory of this defensive system, acknowledging its historical interest.” As well as being awarded National Heritage status, special protection areas will be established around each remaining fortification in the Lines.

The new status was welcomed by the Association for the Lines of Torres Vedras.

“The decision should have been taken earlier, but we embrace it with great pleasure because it is an added value to the preservation of this important heritage.”

The Lines of Torres Vedras were the brain child of Arthur Wellesley, the future Duke of Wellington, and Lieutenant-Colonel Sir Richard Fletcher. After the Battle of Talavera, Wellesley became conscious of how outnumbered the Anglo-Portuguese army was in the face of Napoleon’s French Army. In response, three lines of fortifications, redoubts, earthworks and communication lines were built to protect potential evacuation sites north of Lisbon in the likely event that they were forced to abandon the peninsular. The entire military defensive system only took 10 months to build, starting in November 1809 and finishing in September 1810. The speed of construction meant that their existence was a relative secret.

The Lines were invaluable during the third French invasion of Portugal. After winning the Battle of Buçaco (27 September 1810), the Anglo-Portuguese army was pressed into a retreat behind the Lines, enacting a scorched earth policy as they went. Marshal Masséna, commander of the French army in Portugal, followed. When confronted with barren fields and an army settled behind the heavily fortified lines, the French initially tried to break through. They had an early success at Sobral de Monte Agraço on 12 October but were repelled at the Battle of Sobral a few days later. Messéna tried to wait the Anglo-Portuguese out, but lack of food forced the French north in search of sustenance. A brutal winter, starvation and disease eventually led to the retreat of the French army from Portugal entirely in March 1811.

Boosted by fresh British reinforcements, the Anglo-Portuguese army left the Lines and pursued the French in to Spain. The Lines were not used again during the Peninsular War.

The new classification follows the 2014 creation of the National Day of the Lines of Torres on the 20 October. The date is significant because it is when, in 1809, Arthur Wellesley ordered Sir Richard Fletcher to start surveying the land for the most suitable and easily defensible locations. The National Day also recognises the role and experience of the Portuguese locals who were caught in the siege. An estimated 150,000 Portuguese locals were drafted in to help build the fortifications. The Anglo-Portuguese scorched earth policy forced them to abandon their homes, livestock and livelihoods, which resulted in an estimated 40,000 Portuguese deaths.

You can spend an entire day exploring the Lines of Torres Vedras on our Wellington in Portugal tour, including the redoubt at Sobral and the restored fort of San Vincente.