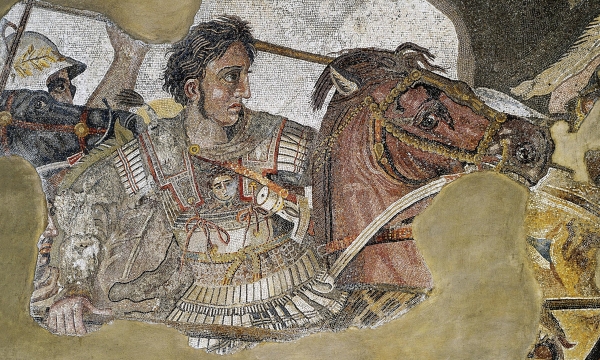 Alexander the Great, one of history’s most masterful generals, could have been alive for up to six days after being declared dead according to a horrifying new theory.

Proposed by Dr Katherine Hall of the Dunedin School of Medicine at the University of Otago, the theory argues that Alexander was suffering from a rare auto-immune disease called Guillain-Barre Syndrome (GBS). This caused total paralysis, giving the impression of death, as Alexander’s respiratory system was constricted, slowly suffocating him.

There has always been uncertainty and intrigue surrounding Alexander’s death. It is known that he died in Babylon (modern day Iraq) in 323BC at the age of 32. Since becoming King of Macedonia in 336BC, Alexander had created an empire that challenged the limits of the known world, stretching from Greece, across Egypt and Asia Minor to the borders of India. However, only five accounts of his death have survived, all conflicting and none of which are eyewitness accounts.

What is agreed is that he fell ill quite suddenly after drinking an estimated twelve pints of wine during the memorial feast of a close friend, suspected to be Hephaestion. The next day he was exhausted and suffered from muscle ache all over his body. After another night of heavy drinking, he experienced sharp stomach cramps, painful enough that he is recorded to have cried out. Over the next few days he developed a high fever, severe chills and was sweating constantly. He lost his appetite and developed diarrhoea. After a week of illness, he lost the ability to speak and move. He was only able to answer questions with small movements of his hands and eyes. According to Plutarch, after 11 days of illness Alexander’s breathing slowed, and he died.

There was a delay of several days before Alexander’s body was able to be prepared for burial. During this time, his body didn’t show any signs of decomposition which would be expected in the scorching Mesopotamian heat. This miracle was taken to be a sign that Alexander was a god, a son of Zeus; an image cultivated from birth by his mother and later by himself. Dr Hall believes that instead of a miracle, this is a sign that he was suffering from GBS.

There are many theories as to what killed Alexander, from alcohol poisoning and infection to murder. However, these theories are conflicting and do not account for every symptom described in the surviving accounts of his death. There is no description of the continuous vomiting that is common with alcohol poisoning, nor would it account for his fever, stomach cramps or diarrhoea. An infection could explain these, but not necessarily the paralysis or the reports that Alexander was mentally rational and coherent up until the time he died. Despite romanticised accounts of Alexander’s life, no evidence has been found of a conspiracy to murder or poison him.

GBS accounts for all the symptoms described. Dr Hall proposes that the germ Campylobacter Pylori caused the initial stomach infection that induced the GBS. The infection, likely caught from eating rotten food, would explain the stomach pain and diarrhoea. While his body would have produced anti-bodies and chemicals to fight the infection, the presence of GBS means that Alexander’s immune system would be unable to distinguish between his nerves and the infection. The same anti-bodies and chemicals that fought the infection would have destroyed the nerves outside of the brain and the spinal cord. This would account for Alexander’s progressive, symmetrical paralysis and fever as he lost movement in his muscles and the ability to regulate his body temperature. It would also account for his retained mental rationality as the paralysis was affecting his body and muscles, not his brain.

As the paralysis reached his chest and respiratory system, Alexander’s breathing became shallower. Writing in The Ancient History Bulletin, Dr Hall writes that “Eventually he would have lost the function of his chest wall muscles and become dependent on his diaphragm and neck muscles to shift air into his lungs. This type of breathing can be very difficult to see”.

This would account for the premature death pronouncement by Alexander’s doctors and the lack of decomposition. In ancient times, diagnosis of death was determined by breath rather than pulse. The paralysis of his chest muscles, combined with the inability to regulate body temperature and the fact that the paralysis may have caused his pupils to become fixed and dilated, could have caused the doctors to declare Alexander’s death while he was still alive.

"His sight would have been blurred and if his blood pressure was too low he would have been in a coma. But there is a chance he was aware of his surroundings and could at least hear. So he would have heard his generals arguing over the succession, hear the arrival of the Egyptian embalmers, hear that they were about to start their work." Dr Hall told Fox News.

Rather than a miracle caused by the gods, the fact that Alexander’s body didn’t decompose after death could have been because he was not actually dead, but alive and slowly suffocating.

While there is no way to know for sure, if this theory is true, then Alexander’s death may be “the most famous case of pseudothanatos, or false diagnosis of death, ever recorded”.