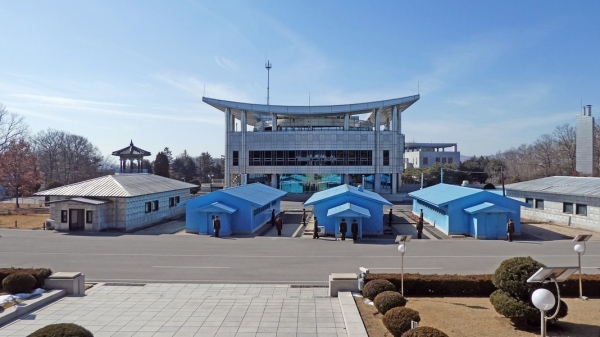 321 bone fragments and nearly 23,000 items have been unearthed during excavations along the Korean Demilitarised Zone (DMZ). Some of the items discovered include American body armour, Chinese gas masks and the dog tag of a French soldier.

The excavations were intended as a bilateral operation between both North and South Korea to improve the tense relations between the two countries. However, the plans stalled when US-North Korean nuclear talks in Hanoi reached an impasse, casting doubt on any further inter-Korean projects.

Nevertheless, the South Korean Defence Ministry has pushed ahead with the excavations on their own, though they say that the door remains open for North Korea in the future.

“We are making preparations so that it can be immediately shifted to a South-North joint excavation once North Korea responds”, Roh Jae-Cheon, the South Korean Defence Ministry deputy spokesman said.

The Korean War broke out after 5 years of failed peace talks when North Korean forces invaded South Korea in June 1950. The fighting developed into a proxy war between US and UN supported South Korea and the Soviet, and later Chinese, supported communist North Korea. Both sides made significant advances before fighting each other to a stalemate along the 38th Parallel. The Parallel was the site of multiple fierce battles during the 3-year long war and would become the heavily fortified border between the two countries following the signing of the armistice.

The bone fragments and items were found during excavations on Arrowhead Ridge, or Hill 281. It was the site of intense fighting on 6th and 7th October 1952 between American and French UN forces and the Chinese communist forces during the last Chinese attempt to reach Seoul. Despite its historical significance, the hill has long since been an inaccessible part of the DMZ, which has been lined with barbed wire and land mines since the armistice.

The bone fragments have been sent away for DNA analysis to help determine how many people have been found, and to identify them.

Over 7,600 American soldiers remain missing from the war, with 5,300 believed to be lost in North Korea. While there were joint efforts between the US and North Korea to recover the remains of soldiers in the north, operations stopped in 2005 in reaction to US sanctions. With current diplomatic talks stalled and tensions high, the Pentagon had announced in early May that they had given up hope on resuming the joint US-North Korean searches.

As well as the American soldiers, 1,102 British soldiers and 133,000 South Koreans who went missing during the war are also still unaccounted for.