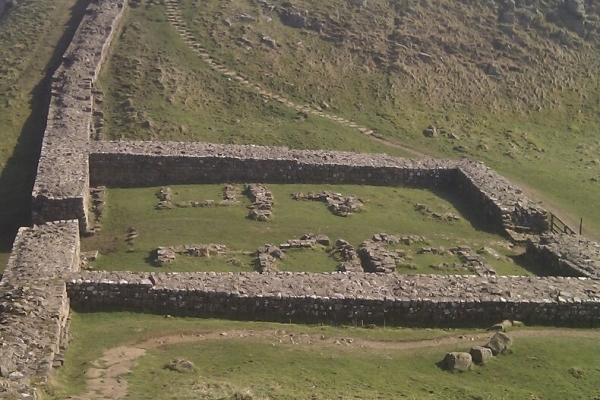 Archaeologists with the National Trust have discovered a large mosaic in Chedworth Roman Villa in Gloucestershire, which they believe to have been installed in the mid-5th Century.

The mosaic had been laid in what experts believe to have been a summer dining room in the villa and is now the first known Roman mosaic.

The villa had originally been found by archaeologists in 1864 and was then came under the National Trust’s ownership in 1924.

Although the identities of the villa’s owners are still unknown, experts believe that they would have been rich and powerful and possibly dignitaries.

Researchers noted that it is rare to find such extensive archaeological evidence from the Dark Ages.

The mosaic offers a crucial insight into this time period, as it was previously thought that, after the Roman army began to withdraw from Britain, production began to rapidly decline.

Based on the date of this mosaic, experts now believe that this decline may have been slower than they believed, meaning that the mosaic production industry would have continued for another 50 years.

Interestingly, the mosaic has several errors in its design and construction, suggesting that those who installed it may have been out of practice at the time.

The mosaic has now been reburied to protect it from the adverse winter weather.

Our Hadrian and The Roman Army in the North tour examines the role and organisation of the largest professional army until the modern era, placing it in context as we visit the altars and tombstones of its soldiers and their families and explore the remains and reconstructions of fortifications, houses and barrack blocks.

Pictured: Hadrian's Wall on our Hadrian and The Roman Army in the North tour