Names of WW2 US veterans on Southampton graffiti wall identified 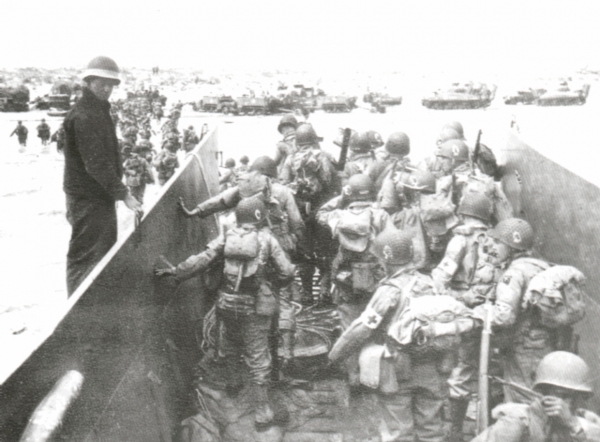 The identities of over 30 US servicemen who engraved graffiti onto a wall during World War Two have been established.

The ‘D-Day Wall’ on Western Esplanade in Southampton contains over 70 names which had been engraved by soldiers who were about to leave for Normandy after D-Day.

These soldiers are believed to be from the 99th and 106th Infantry Divisions and were amongst the estimated two million Americans who travelled through Southampton to reach mainland Europe.

Many of these soldiers fought in the Battle of the Bulge from December 1944, which was the last major German offensive faced by the Allies as they fought towards Berlin.

The soldiers would have had to queue alongside the wall whilst waiting to board ships at what is now the Red Funnel ferry dock.

The Maritime Archaeology Trust have begun digitally recording the wall because historians have warned that the engraved names are in danger of wearing away.

Volunteers used a special form of photography to interpret the names and then used online ancestry sources to find out more about their lives.

Two of the men whose names appeared on the wall were Robert Golden and William Knight. Researchers discovered that both men were captured and spent the rest of World War Two as POWs.

The wall is now listed as a war memorial. However, the names are expected to erode further in the coming years.