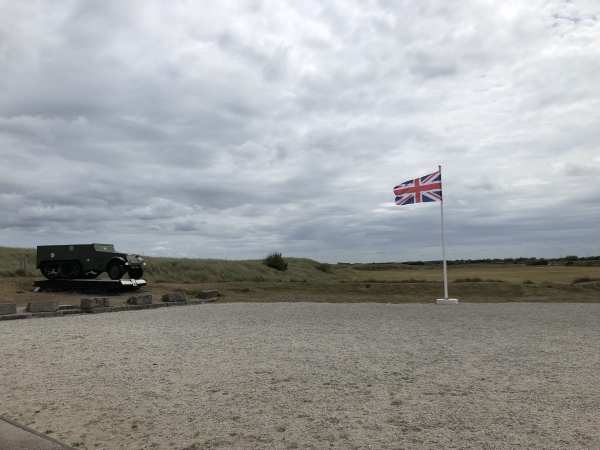 A memorial to the 22,442 British soldiers who died during the D-Day landings and the Battle of Normandy has been given the green light, with French authorities waiving the planning bureaucracy involved.

Spanning 47 acres, the memorial on the edge of Ver-sur-Mer will overlook Gold Beach where, on June 6th 1944, thousands of British troops disembarked to start the long fight for the Liberation of Europe. Gold Beach is the site of the only Victoria Cross to be won on D-Day, awarded to Company Sergeant Major Stan Hollis of the 6th Green Howards.

The French authorities have agreed to smooth over any obstacles that arise with the planning process. This includes refusing compensation payments for the loss of agricultural land on which the memorial will be built, as is required under French planning laws. In a statement, the Calvados Chamber of Agriculture said that the payment, totalling the equivalent of £83,000, “had been paid back in 1944.”

The memorial is being funded by the Normandy Memorial Trust, with the British Government contributing £20 million to the project. It also has the support of the French Government, D-Day veterans and the Prince of Wales. Despite national fundraising efforts, there is still a further £7.5 million needed to complete the project.

George Batts, who took part in the landings and is a former national secretary of the Normandy Veterans’ Association, said:

“I was just a little sapper at D-Day. I was only 18. But those we left behind were the real heroes. You can’t give more than your life. They lost their lives and now their names will go on the memorial.”

Currently, Britain is the only Allied country that does not have a dedicated memorial in Normandy. Plans for the Gold Beach memorial include a central ‘memorial court’ with a cloister garden made of stone pillars on which the names of the dead will be engraved. It will be situated in a landscaped garden, with a large car park and education centre nearby.

The inauguration ceremony will form part of the numerous 75th anniversary commemorations across the UK and France this summer. The ceremony will include both the British Prime Minister and the French President, Emmanuel Macron, laying the foundation stone for the monument.