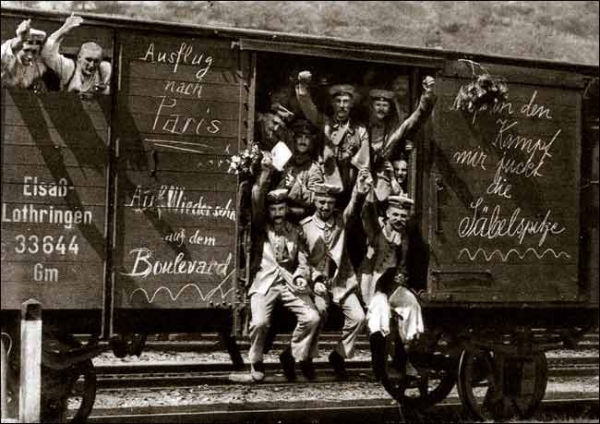 A picture which was taken by a German soldier during WW1 with a camera taken from a British soldier has been discovered.

The German soldier, Ernst Behnke can be seen in the image smiling with his comrades.

A historian is currently in the process of finding the relatives of the camera's original owner in order to return the camera to them.

The camera's original owner, Lance Corporal Walter Samuel Town was tragically killed on the 20th September 1917 and his body has never been recovered.

Behnke survived the war and the Model A Kodak Pocket Camera, which is still in working condition, was handed down through generations of his family.

Robin Schaefer, historical editor at Iron Cross Magazine, said that he was given Ernst's 'war memorabilia' in 2013 by his family.

Schaefer believes that Ernst served in the Reserve-Infanterie-Regiment 213, which was in Flanders at the time of Corporal Town's death.

Therefore, it is likely that Behnke somehow obtained the camera at this time.

Schaefer noted that the artifact 'was and is a powerful tool to connect children with the past. As such it has done a wonderful and valuable job over the last few years'.

We offer a variety of World War One tours which explore different perspectives of the Great War.