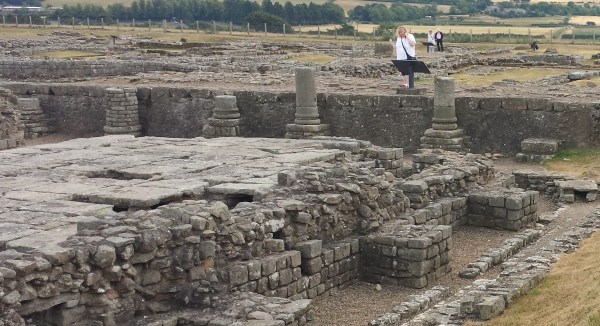 Following heavy rains in Cambridgeshire which caused flooding, the outline of a moat which was part of an English Civil War fort has been revealed.

The fort, named the Earith Bulwark, is believed to have been built in around 1643 by Oliver Cromwell’s men to provide protection for rivers in the area.

Images taken by drones appear to show that the centre of the fort covers around 60 square metres and was built on a thin area of land between the Old and New Bedford Rivers.

Experts note that the fort appears to prove theories of the importance of the Earith crossing as a military stronghold during the English Civil War.

The corner bastions of the fort would have been used as artillery platforms which provided close quarter defence for the surrounding ramparts.

Excavations in 1906 uncovered evidence that the inner fortifications were formed in a single construction phase.

Dark alluvial deposits suggesting standing water was present when it was first constructed.

The fort was later used as a gun emplacement during the Second World War, constructed for its ability to prevent a potential German invasion along the Ouse Valley.

Our English Civil War tour is guided by leading English Civil War historian & author Colonel Nick Lipscombe and examines the actions of the final years of the war, visiting Donnington Castle, the battlefield of Cheriton and the scene of Prince Rupert’s raid of 18 June 1643 at Chalgrove.