Remains of Napoleon's Soldiers Killed In 1812 Campaign Buried In Smolensk 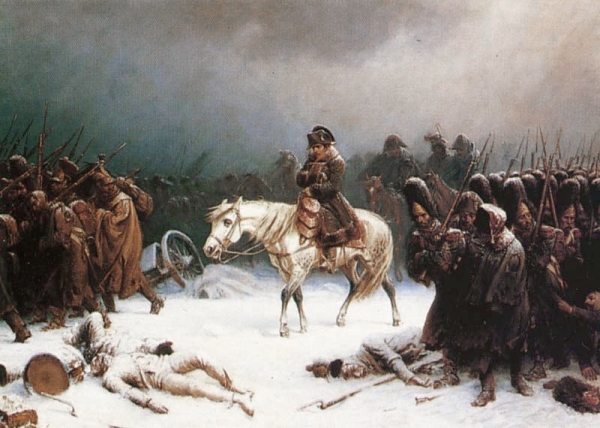 A ceremony was recently held in Vyazma, a town in Smolensk, to bury the remains of soldiers killed during Napoleon’s 1812 campaign in Russia.

There were around one hundred and twenty-five remains which were buried in total, including 120 soldiers, three women and three boys.

Researchers believe that the children would have acted as drummers for the army and the women acted as nurses and provided meals for the soldiers.

Actors dressed in period costumes acted as ceremonial guards and the Russian and French national anthems were played, followed by a gun salute.

The soldiers were killed during Napoleon’s retreat from Moscow, which began on the 19th of October 1812.

Due to Cossack fighters stealing supplies from the French baggage trains, many of Napoleon’s soldiers experienced starvation, leading the army to have halved in size by the time it reached Vyazma.

Additionally, the rear guard was plagued by attacks from Cossack troops, with an attack launched by General Mikhail Miloradovich on the 15th of November cutting off General Michel Ney and Eugène de Beauharnais from Napoleon and his men.

Ney and Beauharnais both made separate unsuccessful attempts to break through Miloradovich’s defences, refusing the latter commander’s invitation for an honourable surrender.

Ney managed to escape from the city and retreated towards the rest of Napoleon’s troops, with around seven thousand French fatalities and severe injuries and four thousand soldiers taken prisoner.

Our Napoleon in Russia tour visits the little village of Syrokorenye where Ney crossed the frozen Dneiper and Lake Bolshaya where it has been suggested that Napoleon off-loaded his treasure.