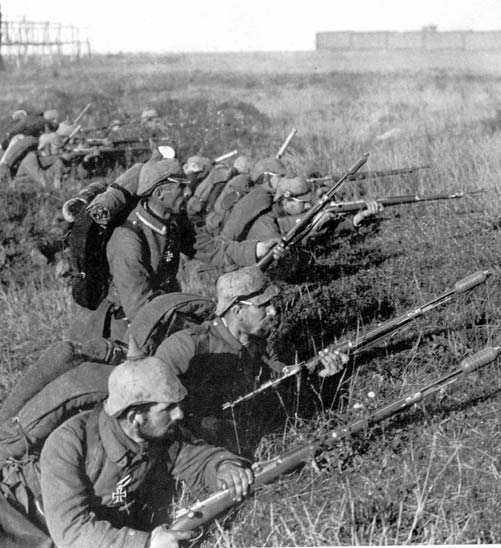 The bodies of over two hundred German soldiers who had thought to have been lost in the First World War have been discovered inside a tunnel.

The Winterberg tunnel lies underneath the Chemin des Dames battlefront, across which the Allies chased the German troops following the First Battle of the Marne.

In 1917, the French launched a bombardment against both ends of the tunnel, with a shell hitting the entrance and detonating the German ammunition stores.

The exit was also hit by a shell and subsequently collapsed, trapping the German soldiers inside of the tunnel. Just three of the soldiers were rescued.

The Germans were able to gain control of the tunnel’s surroundings later in the war, but did not have an opportunity to search for the tunnel and the soldiers’ remains.

The entrance to the Winterberg tunnel was found by two local historians, father and son, who used maps from military archives to find the rough area in which the entrance was located.

After hiring a bulldozer to dig up the area, the pair found gas canisters, rifles and human remains, as well as the entrance to the tunnel.

Pictured: German soldiers during the First Battle of the Marne