Researchers Use Virtual Reality to Recreate Scene From Holocaust Photo 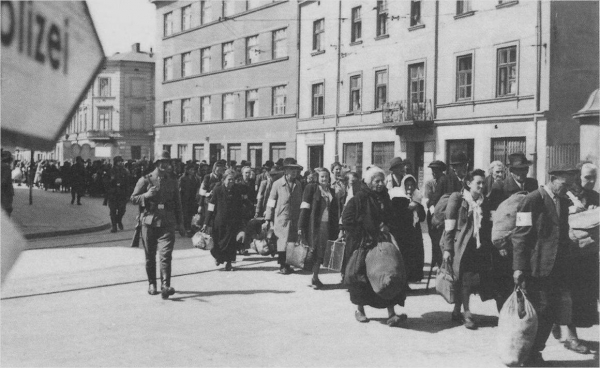 Researchers have created Virtual Reality imagery based on a photograph which was taken in the Warsaw Ghetto during the Second World War.

The experience is part of the Eye As Witness: Recording the Holocaust exhibit which was created by the University of Nottingham and the National Holocaust Centre and Museum.

The image which the VR experience is based on captures a group of people sitting on the pavement, with a soldier watching on.

The VR experience allows participants to see what could have been happening outside of the photo’s frame. For example, eyewitnesses to the photograph being taken have noted that there were more soldiers present than photographs show.

Professor Umbach, a researcher from the project, said that the experience “is an invitation to contemplate what choices the photographer made, what might have been left out”.

Umbach also clarified that the aim of the project was to invite participants to think critically about moments in history.

She added that they had deliberately chosen to not make the image too realistic in order to avoid “voyeuristic” viewing.

Martin Stern, a Holocaust survivor, described the exhibit as “amazingly real”, noting that he hoped that it would engage young people and encourage them to ask questions.

The exhibition will be touring a number of venues until 24 March 2021.