The Battle Of Los Angeles during World War 2 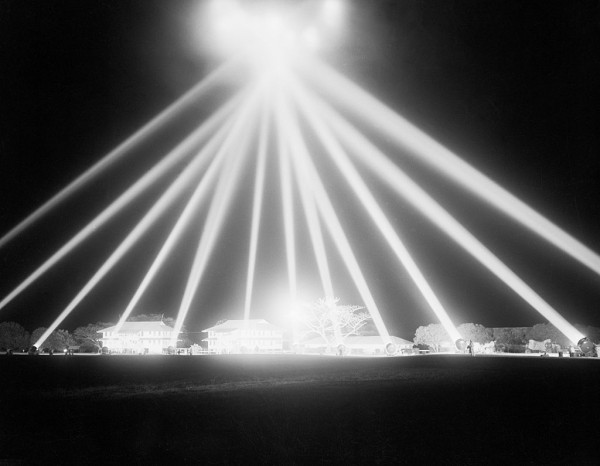 Following the attack on Pearl Harbour, many Americans believed that enemy raids were likely to take place at any moment, which was not helped when U.S Secretary of War Henry Stimson warned that American cities should be prepared to take the “occasional blow”.

In the small hours of 25th February 1942 this belief became reality when local military ordered a mass black out after hearing reports of a Japanese air raid heading towards the city.
Beginning at just after 3AM and lasting several hours, 1,400 anti-aircraft shells filled the sky along with machine gun fire and powerful searchlights. Troops in Santa Monica, acting on reports of unidentified objects in the sky, unleashed a barrage of anti-aircraft and .50 caliber machine gun fire & before long many of the city’s other coastal defence weapons had joined in.

But what exactly was happening above the skies on tinsel town? Were the Japanese attacking or was this just a false alarm?

There were many differing reports of what was seen that morning. Some saying that 6 planes were seen and others saying that all they could see is smoke hitting the spotlights.
Secretary of the Navy Frank Knox dismissed the firefight as a false alarm brought on “jittery nerves” but Henry Stimson agreed with the Army’s top brass in saying that at least 15 planes had “buzzed the city"

No matter what was or wasn’t seen, the evidence of an enemy attack was non-existent. There had been no sign of Los Angeles being bombed and no planes were shot down. In fact, the only evidence of damage was caused by friendly fire, shattering windows and ripping though buildings as well as one dud careering in to Long Beach golf course.

Whilst it looks like the Battle of Los Angeles was merely a mirage, it is still a reminder of how vulnerable many Americans felt. The Japanese planned several more attacks on the American mainland but none of them caused the mass hysteria of the shootout over Los Angeles.