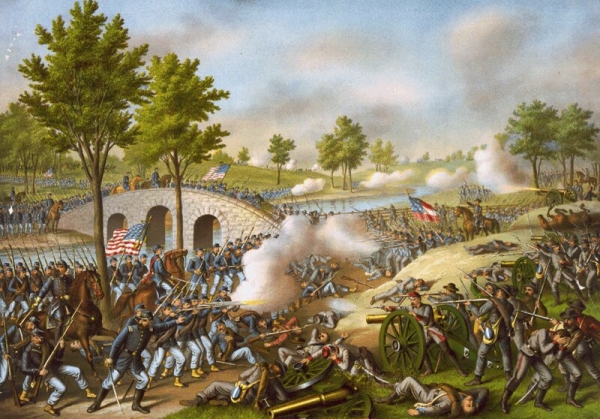 A 150-year old map has recently been rediscovered, which appears to show where 5,800 soldiers were buried in temporary graves.

The map, known as the S. G. Elliott Burial Map, was digitised in 2018, but remained unknown to experts until its recent rediscovery in the New York Public Library’s archives by researchers searching for information on mapmaker Simon G. Elliott.

It is believed that the New York Public Library originally received the map when it was published in 1864.

After finding the map, the researchers alerted National Park Service staff at Antietam National Battlefield to the discovery.

Experts believe that the map was probably made in the Autumn of 1864. Over fifty soldiers are identified by name on the map, which also notes the graves as belonging to Union or Confederate soldiers.

American Battlefield Trust President Jim Lighthizer noted that the landscape of: “Antietam was turned into one vast cemetery, sacred to the memory of those who lost their lives in the struggle”.

The Battle of Antietam was a key battle in the American Civil War, which changed the course of the war as the Union ‘victory’ later led to the announcement of the Emancipation Proclamation.

Union soldier Charles Goddard wrote of the reality of the battle in a letter to his mother stating that: “If the horrors of war cannot be seen on this battlefield, they can’t be seen anywhere”.

Our American Civil War: Eastern Theater tour follows the Union approach to the Sunken Lane at Antietam: stopping at Dunker Church, Miller’s and Otto’s Cornfield and Burnside’s Bridge along the way.