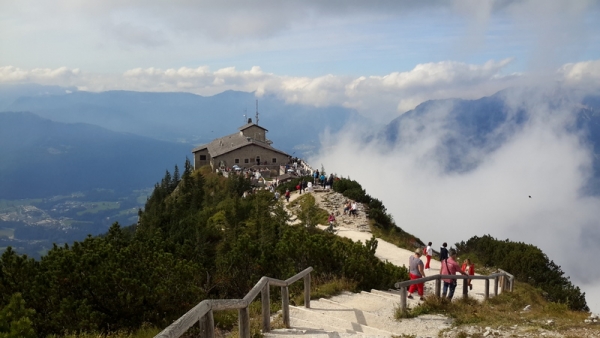 A diary, possibly containing a treasure map which highlights the location of 30 tons of gold which was hidden by Hitler’s Waffen SS, has recently been donated to a Polish foundation.

The diary was written 75 years ago by a Waffen Schutzstaffel (SS) officer under the pseudonym "Michaelis".

It is said to outline a plan made by Heinrich Himmler to hide Nazi treasure after Germany lost the war. It is also reported to reveal 11 locations in the Lower Silesia region and the Polish city of Opole where the treasure can be found.

It was first discovered when the Silesian Bridge foundation in Opole told authorities that they had received the diary from a partner group in Germany.

The gold, along with other treasures, is thought to be hidden almost 60 metres underground beneath the Hochberg Palace in Roztoka, Poland. The treasure is expected to be found in an abandoned well.

The gold could have been stolen from the Reichsbank in the Polish town of Breslau (now Wroclaw) and is now estimated to be worth billions.

Along with the gold, there are also reported to be religious artefacts, rare artworks and bank deposits. It is speculated that the famous ‘Portrait of a Young Man’ painting by Raphael, which was stolen from Poland during the Nazi invasion, could be included in the treasures.

The authenticity of the diary has not been confirmed yet, but Roman Furmaniak from the Silesian Bridge foundation believes that they ‘have located the well in the grounds of the palace’.

Our Rise & Fall of Nazi Germany tour tells the whole story of the Rise and Fall of the Third Reich chronologically from its birth in 1919 Munich, to its bloody end in Berlin in 1945.

Pictured: The Eagle's Nest on our Rise & Fall of Nazi Germany tour