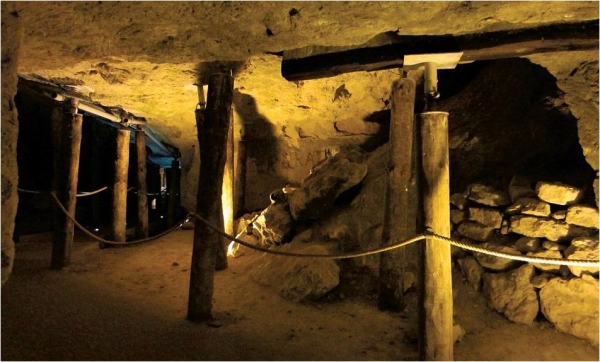 At The Cultural Experience we always look to create tours that are educational and informative and we often explore areas and parts of history that are lesser known.
One such example of this is our Tunnellers on the Western Front tour: The Underground War.

More information regarding these tunnels came to light in an article by the Daily Mail recently.

With fighting reaching a stalemate in the trenches of the Western Front, both sides took the fight underground. They tunnelled beneath their opponent's trenches with the belief that they would achieve ‘vertical encirclement’ from below.

Beneath enemy lines and trenches, hardy sappers, most of whom were former coal miners and infantrymen fought their own subterranean war, placing massive charges under enemy trenches and setting up listening posts to try and gain the upper hand. This often led to skirmishes with opposite numbers in inter-connecting tunnels. This was the equivalent to submarine warfare, and its perpetrators were no less brave or resourceful.

It was actually the Germans that began the practice of tunnelling, digging their first one in December 1914 50 miles from Calais, exploding ten mines under the trenches of the British.

It didn’t take long for the British to form their own specialist tunnelling company. Coal miners from across the country were deployed and they were soon sinking shafts as much as 80ft in to the Flanders clay.

Our tour, led by acclaimed WW1 author Simon Jones departs in June and has special access to sites that are not generally open to the public. Simon has also provided more information regarding this tour on his own website