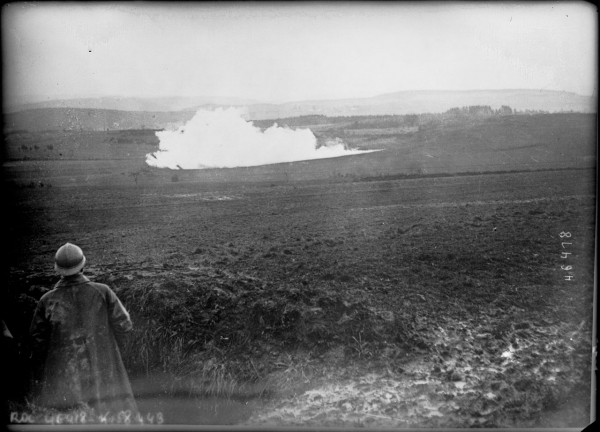 Archaeologists have discovered a tunnel system dating back to World War 1 that had been buried by artillery fire.

The underground bunker is located on a hill in Flanders, Belgium, the location of the Battle of Messines in 1917, where almost 60,000 soldiers perished.

The bunker, which had space for 300 troops, was based around 20 feet underground, at a depth which was considered to be shell proof.

However, experts believe that an artillery bombardment led to the timber-lined walls and roof at the entrances to collapse, burying the soldiers inside alive.

So far, archaeologists have found four separate entrances, each of which lead to a flight of wooden stairs. However, these openings are still blocked with tonnes of earth from the collapse.

Experts estimate that there may be as many as four entrances to the system which have not yet been discovered, and archaeologists hope that one of these entrances will allow them to enter the tunnel system.

Archaeologists have noted that this is one of the largest underground systems ever found in Flanders.

The tunnel system was found by Belgian workmen who were installing a new sewage system in Wijtschate.

The area of Wijtschate was captured multiple times by both sides during the course of the war. Following the Battle of Messines, the Germans seized the ridge in 1918.

The archaeological work is being done by the Flemish Heritage Agency with the help of archaeology students from Ghent University.

Find out more about the secret underground war of the Tunnellers during World War 1 on our Tunnellers on the Western Front tour in June 2021.