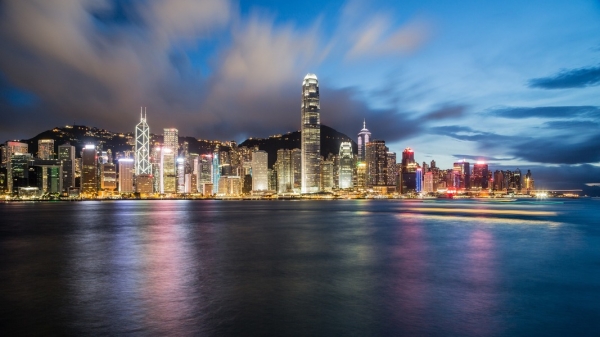 An unexploded hand grenade from the First World War has been discovered in a crisp factory in Hong Kong. The German made bomb was found in a shipment of potatoes imported from France to the factory, run by popular Japanese snack maker, Calbee. It was covered in mud and soil, suggesting that it had been unearthed during the harvest before being taken halfway around the world.

The Hong Kong police bomb disposal unit were called to the factory, where they promptly evacuated the area to detonate the bomb. According to officials, the grenade was deemed unstable, as closer examination showed that it had been discharged, but did not explode. It is likely that it had been left undisturbed from where it was dropped or thrown one hundred years earlier.

The grenade was detonated in a drainage channel outside the factory using a high-pressure water firing technique. The Hong Kong Police have posted a video of the detonation on their twitter feed which shows the bomb being placed carefully in the channel and the resulting explosion and scattering of debris.

The Hong Kong police are used to discovering and detonating unexploded bombs. Heavily bombed by the United States during the Japanese occupation in the Second World War, munitions are still being unearthed in the city’s docklands area. Last February, more than four thousand people were evacuated when a severely damaged 450kg bomb was dug up on a construction site. The hand grenade in the factory is the second to be found in the past fortnight.

Battlefield debris, like the grenade, are a common occurrence across the First and Second World War battlefields of Europe. Earlier this year, the remains of a German U-Boat from the First World War were uncovered on a beach near Calais, while Michel Colling, head of a bomb disposal unit that clears the Somme battlefields, told the Daily Telegraph that “as soon as you start turning the earth up, you find them. At this rate, we have another 500 years to clear the area…”