This Great Escape tour offers the opportunity to visit Stalag Luft III, the site of the most famous prisoner of war escape attempt of the Second World War. 76 men managed to make their way out of the camp, a huge operation which took place right under the noses of the German guards. Three tunnels (Tom, Dick and Harry), equipped with ventilation and lighting systems, along with the forging of documentation, a photo studio and the making of civilian clothing avoided detection. It was such an embarrassment that Hitler ordered 50 recaptured prisoners to be shot, in breach of the Geneva Convention. A story that has captured the imagination for generations can now be experienced first-hand.

Based in the beautiful Silesian town of Wroclaw, you are just a short drive from the camp and there will also be opportunities to extend your stay beyond the POW theme, whether it’s a dose of Polish culture in the vibrant cities of Wroclaw and Krakow or more history in the Silesian mountains or at Auschwitz camp.

We can include flights from London to Poland as well as all ground transportation throughout your stay.

We can arrange a local, English speakingprivate driver guide to take you to all the sites you wish to visit.

Other Sites
• Wroclaw - Chosen as the 2016 European City of Culture, its picturesque architecture, liberal culture and rich history will no doubt provide a pleasant base for your short stay
• Krakow – one of Poland’s oldest cities and most visited tourist destinations. A beautiful medieval town full of stunning architecture and a cultural, academic and economic hub with much to see and so including Wawel Castle, The Cloth Hall and the Schindler Factory museum.
• Wieliczka Salt Mines
• Many other visits can be arranged on request

Any of these sites can be combined, along with others to make the perefect tour for you

Day 1 – Wroclaw. Fly into Wroclaw and after checking into your hotel take a guided walking tour of the city. Chosen as the 2016 European City of Culture, its picturesque architecture, liberal culture and rich history will no doubt provide a pleasant base for your short stay.

Day 2 – The Great Escape Tour. Visit Stalag Luft III. Visit the grounds of the camp itself along with the Museum of Allied POW Camps with its artefacts and reconstructions. There will also be the chance to visit the memorial to 50 prisoners who were executed and Zagan train station from where many of the escapees attempted to make their getaway across Europe.

Optional tour extensions for either 1 or 2 extra days.

Auschwitz Tour - Your guide will take you in private transport to the site where you will explore both camps. At the state museum on the site of Auschwitz I you explore the history of the camp and learn of the horrendous conditions and crimes that took place there. At the Birkenau site you can try and get to grips with the scale of what was the largest of the death camps built by the Nazi’s, and where over 1 million people lost their lives.

Secrets of WW2 Tour –Lower Silesia was known as the ‘the shelter of the Third Reich’ and it is for this reason that it is home to some of the lesser known and intriguing sites of the period. At Kryzowa, see the home of the Kreisau Circle, a group of German dissidents who planned to depose Hitler. It is now a site of common reconciliation between Poland and Germany. At Walim is the site of Project Riese, a subterranean complex in the mountains that acted as a secret headquarters for the German Military. Ksiaz Castle was another secret hideout and recently a Nazi gold train was found here. Finally, Gross Rosen Concentration camp, where brutal forced labour in the nearby quarry was carried out by Jewish prisoners from all over Europe 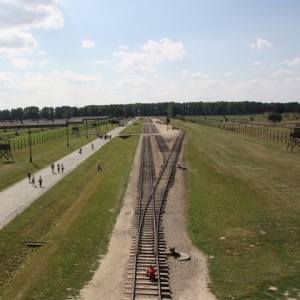