Our ever popular Classic Waterloo Anniversary tour covers the battles of Ligny, Quatre Bras and especially Waterloo itself – and takes place over the annual anniversary weekend when there will likely be re-enactors dressed in period uniform on the battlefields. We will be staying in historic Waterloo town, home to Wellington’s Headquarters.

Your tour guide will be General Ashley Truluck, Chairman of the Society of Army Historical Research, who has made a particular study of Wellington and lived near Waterloo for several years.

The Waterloo Campaign in June 1815 ensured relative peace in Western Europe for the next fifty years. It was the first time that the two greatest commanders of the era, Napoleon and Wellington, met each other in battle and it was to be the last campaign for both of them. It was also the last campaign for grand old Marshal Blucher whose Prussian Army, having been trounced at Ligny, nevertheless arrived in the nick of time to tip the scales in the Allies’ favour as Wellington’s ‘infamous army’, already tested at Quatre Bras, hung on grimly to the ridge at Waterloo.

"Ashley's friendly approach, passion and light-hearted but in-depth commentaries made the tour special and the battles come alive."

We travel by Eurostar arriving in Brussels in time to visit the spectacular Grand Place, with its awesome gold-painted Guildhalls and Town Hall, and drive via the Rue Royal to see where Wellington was based and the Royal Park where his troops assembled. Then on to Waterloo town to visit the building where he planned the battle and wrote his famous Waterloo despatch. Check-in to our comfortable Waterloo hotel, our base for the tour.

At Ligny we see where Napoleon’s right wing clashed with the Prussians on 16 June 1815. We view Napoleon’s windmill at Fleurus, walk through the hotly-contested village of Ligny and travel up to Blucher’s command post on the Prussian ridge to get a wonderful panorama of the battlefield and discuss how he managed to slip Napoleon’s trap and retreat to Wavre. After a light lunch we stand on the crossroads at Quatre Bras where Wellington halted the advance of the left wing of Napoleon’s army and then follow his skilful withdrawal to the defensive position at Waterloo.

Today we spend the whole day on the battlefield of Waterloo, starting at Hougoumont – key to Wellington’s critical right flank. Then to the centre of the Allied ridge to see where Napoleon’s infantry columns were seen off by the British cavalry counter-attack and walk down to the fortified farmhouse of La Haye Sainte to hear the story of its heroic, but doomed, defence. After lunch we see where French cavalry attacks were brought to a halt by Wellington’s resolute infantry squares. In picturesque Plancenoit village we see where the Prussians fell on Napoleon’s right flank. Finally, we walk the route of the advance of the Imperial Guard and its defeat by Wellington’s elite Guards and Light Troops. An epic day!

We complete our anniversary weekend with a visit to the new Waterloo Visitor Centre which includes the Lion Mound viewing platform, the Waterloo Panorama, and the excellent Museum and Audio Visual display. Return to Brussels for our return Eurostar journey to London. 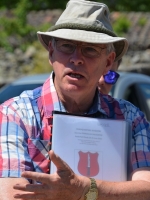 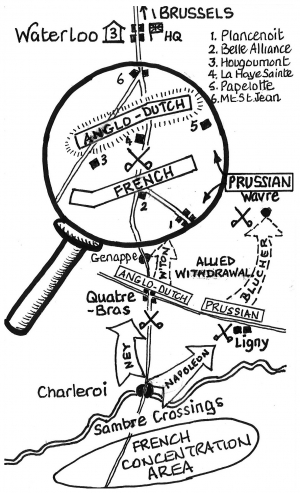 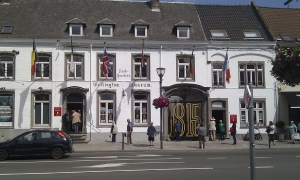 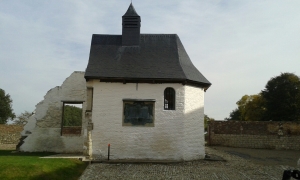 The Chapel at Hougoumont 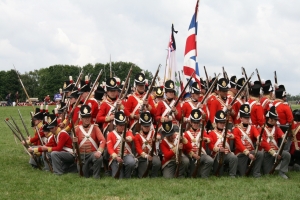 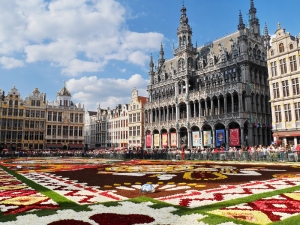 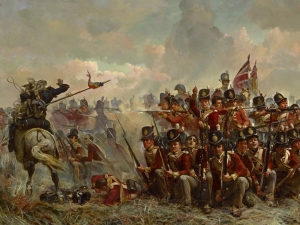