This tour of Southeast England not only visits many of the front-line airfields and bases that would have been familiar to the men of No. 11 Group RAF during the Battle of Britain but also examines the role that the supporting services played such as early warning and surgery. Overlooking the English Channel, we will hear of the heroic deeds of the likes of American volunteer Billy Fiske and Geoffrey Wellum and imagine their desperate aerial duals in the skies above. We will enjoy exclusive access and special guided tours of superb collections of Spitfires, Hurricanes, Messerschmitts and a host of other aircraft and relevant artefacts: you will even get to sit in a Spitfire cockpit where you will have the controls explained to you (agility required).

In the early summer of 1940, RAF Fighter Command led by Air Chief Marshal Sir Hugh Dowding was faced with the dilemma of bolstering the crumbling defence of France or withholding its resources in order to defend the United Kingdom. Fortunately, under his leadership, those precious resources were husbanded, developed and refined and in July 1940 the ‘Dowding System’ was put to the test. This ‘system’ was to prove its worth later that long, hot summer when the German Luftwaffe sent sortie after sortie across the English Channel with the objective of destroying the RAF and thus clearing the skies in preparation of a full-scale invasion of Southern England. Vastly outnumbered during those frenzied months, fewer than 3000 young men flew multiple daily sorties against the mighty Luftwaffe but despite horrendous casualties they ultimately prevailed through inspirational leadership, professionalism, technological innovation and the dedication of a myriad of supporting ground crew. As Sir Winston Churchill famously said, “never in the field of human conflict has so much been owed by so many to so few”.

Meet 08:30 for 08:45 departure from central London. Travel to Bentley Priory, headquarters of RAF Fighter Command during The Battle of Britain where we visit Dowding’s office and explore the exhibitions dedicated to the Dowding System and its pilots, ground crew and plotters. At Uxbridge we descend 76 steps into the bunker where we find the Operations Rooms of No. 11 Group laid out just as they were on 15 September 1940.

After a brief visit to the former RAF Westhampnett with its statue of Douglas Bader, we visit the forward fighter station of Tangmere with its superb aviation collection, in particular the recovered aircraft in the BoB hall. At nearby Boxgrove Priory we see the memorial window and grave of Billy Fiske, the first American killed in the Second World War. Thence to Newhaven where we stop for lunch and gain an appreciation of the role performed by The Observer Corps from the Historic Collection held within the fort. Drive to iconic Beachy Head for an evocative description of the duels that took place over England’s south coast and discuss the pivotal role that radar would play. Continue to Eastbourne where we check in to our hotel for one night.

At East Grinstead, ‘the town that didn’t stare’, we learn about the pioneering reconstructive surgery of Archie McIndoe at the fascinating ‘Rebuilding Bodies and Souls’ exhibition. We visit the significant remains of RAF Pevensey, a key part of the Radar network known as ‘Home Chain’ and discuss the important role of radar and other technologies that gave Fighter Command the edge. Thence to Romney Marsh to see the acoustic mirrors, another part of the warning system. Today will involve walking some 3kms over easy going flat ground. Continue to Folkestone where we check in to our hotel for two nights.

We visit the Spitfire and Hurricane collection at RAF Manston and discuss the important role the airfield played in 1940. We enjoy a sandwich lunch at The Jackdaw Inn, full of BoB memorabilia and a location from the eponymous film. We pay our respects at the Battle of Britain Memorial at Capel-le-Ferne where we enjoy superb views over the Channel and the ‘Scramble Experience’. Thence to the satellite airfield of RAF Hawkinge which today houses an incredible period collection of artefacts from hundreds of crashed aircraft.

We visit the famous Biggin Hill airfield where we take a guided tour of the many Spitfires found in the Heritage Hangar and take the opportunity to sit in a Spitfire and experience the cockpit first-hand. Returning to central London we visit St Clement Danes, the Central Church of the Royal Air Force, and the evocative Battle of Britain monument on the Embankment. Disperse. 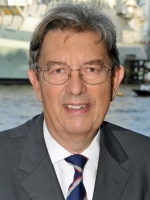 Coloenl Paul Beaver is very much a hands-on historian with a pilot’s logbook which includes the Spitfire, Harvard and Mustang. He regulars flies the family Cessna and coordinates the flying at the Chalke Valley History Festival as an authorised civilian and military flying display director. He is an acknowledged expert on the Spitfire, the Battle of Britain, the Dambuster raid, Naval Aviation and Cold War operations. He is a Vice-President of the Spitfire Society. 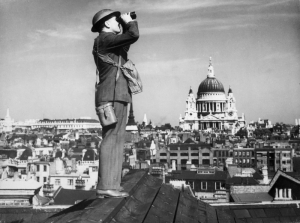 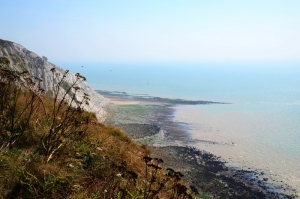 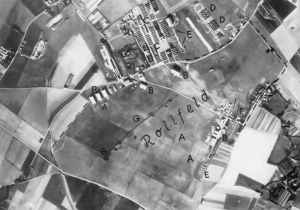 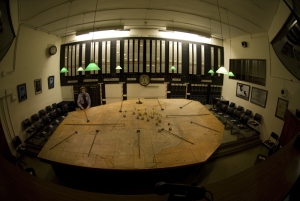 The No.11 Group Operations Room 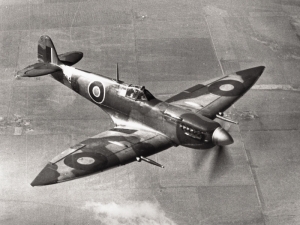 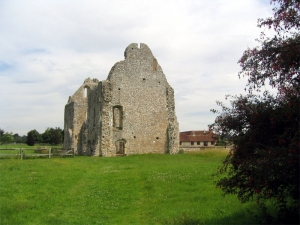 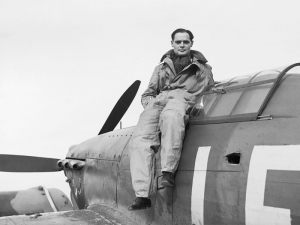