Based on his internationally acclaimed books on the Battle of the Bulge, Belgian academic historian Peter Schrijvers brings to life the decisions of commanders under extreme pressure and the experiences of soldiers and civilians in desperate circumstances. How did American infantrymen halt Waffen SS armour at Elsenborn Ridge? Why did Kampfgruppe Peiper turn Baugnez into a killing field for POWs? What were the consequences of the fall of St. Vith and how did American and British troops halt the German tide? Why did the airborne Band of Brothers prevail in Bastogne and what happened to the civilians in this cauldron? While looking for answers, we will reflect also on the cost of Hitler’s last gamble at American, British, and German cemeteries. And we will conclude with a close look at the traces of war in the Bastogne War Museum.

In the summer of 1944, the Allied momentum appeared unstoppable as troops broke out of Normandy, captured Paris, and raced through Belgium. In early autumn, however, the advance lost steam when logistical lines snapped and Operation Market Garden failed. Allied troops prepared for a hard slog at the Siegfried Line. Meanwhile, Hitler, under pressure on two fronts, decided on a last gamble in the west. On 16 December 1944, he launched a major counteroffensive through the Ardennes, a forested area thinly held by exhausted American veterans and green troops. Hitler wanted to capture the crucial logistical hub of Antwerp and tear apart the seam between American and British forces. The Führer hoped that, combined, this would make the Western Front collapse, thus dramatically changing the course of the war at a time when all seemed lost for Nazi Germany.

Eurostar from London to Brussels and train to Liège. We drive to the Henri-Chapelle American Cemetery on the northern shoulder of the Bulge to discuss the main German effort there and how American forces managed to block it. Check-in to our hotel in Malmedy for two nights.

We follow the trajectory of the Sixth Panzer Army’s Waffen SS spearheads, discuss the massacre of American POWs at Baugnez, and analyse the destruction of Kampfgruppe Peiper at Stoumont and La Gleize. Return to our hotel in Malmedy.

We reconnoitre the massive gap that opened up when von Manteuffel’s Fifth Panzer Army surrounded the 106th Infantry Division and captured St. Vith. Picnic lunch. We take a closer look at how American troops threw up dams in places like Parker’s Crossroads and British troops joined the fight to push in the Bulge’s nose. Check-in to our hotel in Bastogne for two nights.

Day 4 – Those Who Hold Bastogne

We start the day at the Mardasson Memorial to sketch the outline of the siege and visit sites like the iconic Band of Brothers’ Bois Jacques to explain why the Germans failed to capture this crucial Belgian crossroads. After lunch, we walk the streets of Bastogne and then drive southward to Assenois to learn more about how Patton’s Third Army finally came to the rescue.

We visit the Bastogne War Museum and retrace our steps through the Ardennes with a look at unique artefacts, rare photographs, wonderful films and vivid dioramas that detail the campaign from mid-December 1944 to the elimination of the Bulge by late January 1945. After lunch, we drive to Liège and take the train to Brussels and the Eurostar to London. 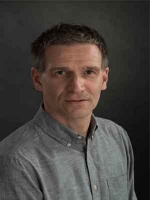 Belgian academic historian Dr Peter Schrijvers has taught at universities in the US, Switzerland, and Australia. He is the author of six books on the Second World War and the Ardennes offensive published by, among others, Cambridge and Yale. Dr Schrijvers specializes in making us understand how ordinary people, soldiers and civilians, experience the extraordinary circumstances of battle. “He brings to life the sights, sounds and smells of battle,” The Times Literary Supplement has said about his work. The Wall Street Journal described his Bastogne book as “a fast-paced narrative that weaves the horrors of war into the bigger picture of battle.” Dr Schrijvers currently serves as an historical advisor for the Bastogne Memorial.

View our latest Battle of the Bulge tour images here 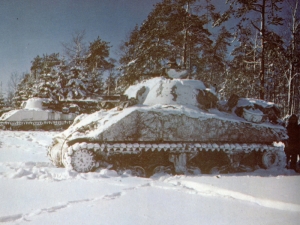 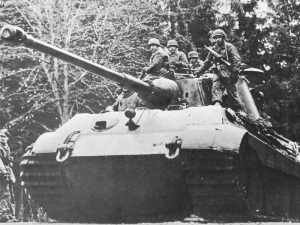 Our group with the 'captured' Tiger Tank 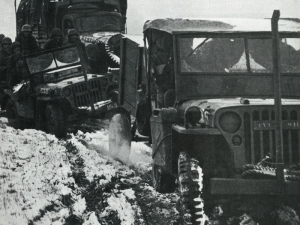